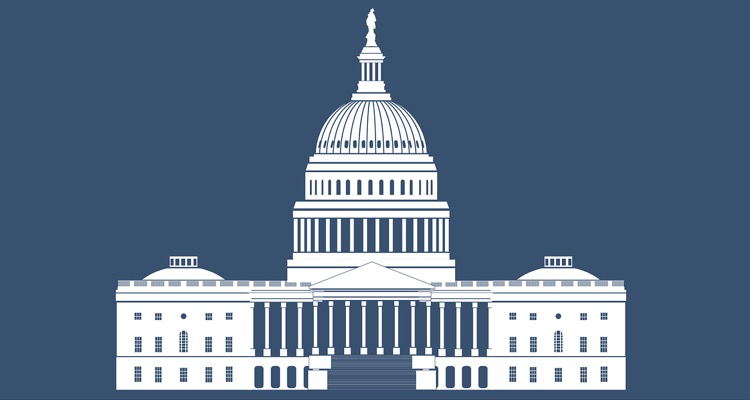 The newly-minted — and funded — Mechanical Licensing Collective has just awarded a plum contract to the Harry Fox Agency, owned by private equity firm the Blackstone Group.  Critics are quickly pointing to a ‘no-bid contract’ based on political horse-trading, with HFA assailed for serious licensing problems in the past.

“Technology company ConsenSys and mechanical licensing administrator Harry Fox Agency (HFA) received unanimous approval from the MLC Board to become the primary vendors responsible for managing the matching of digital uses to musical works, distributing mechanical royalties, and onboarding songwriters, composers, lyricists, and music publishers and their catalogs to the database,” the MLC emailed DMN.

The awards follow an extremely lucrative funding award of $62 million, which only carries the MLC for one year past its launch date of January 1st, 2021.  Major publishers like Universal Music Publishing Group, Sony/ATV, Warner/Chappell, and Downtown Music Publishing are undoubtedly giving kudos to NMPA topper David Israelite for that healthy tranche, with one streaming negotiator suffering from ‘mere exhaustion’ against the ‘unmedicated’ but ferocious Washington-based negotiator.

Amazingly, another major streaming service complained that the MLC’s initial $66.25 million budget was ‘at least three times‘ the cost of running a mechanical licensing agency, according to their estimates. But streaming services seem willing to pay a premium for an end to the endless copyright liabilities.

Now, it’s time to start spending.  Though not before a few favors are repaid.

MLC Board chair Alisa Coleman pointed to an exhaustive selection process, though numerous sources pointed DMN to a backroom, ‘no bid contract’ deal based on earlier accords with the powerful Blackstone Group. “After completing a rigorous evaluation process, HFA in collaboration with ConsenSys is the clear choice to ensure that the MLC has a solid platform to deliver on its mission,” Coleman relayed.

“These vendors will successfully help the MLC deliver not only what is required under the MMA, but also improve the overall mechanical licensing process in the United States.”

Sounds fair, though competing vendors probably didn’t stand a chance. Last month, a top executive at one of the largest streaming services tipped Digital Music News to the HFA award. The source, who was involved in extensive negotiations over the initial funding amounts (paid by the streaming services), promised DMN that “HFA will get their contract” based on earlier horse-trading involving Blackstone, a powerful lobbyist that nearly scuttled the entire Music Modernization Act (MMA) over concerns tied to HFA and its sister company, SESAC.

As the MMA steamrolled towards approvals in both Congressional chambers, sources noted that Blackstone quickly feared the extinction of its two music properties.  HFA, a company blamed — fairly or unfairly — for creating an enormous mess related to unpaid streaming mechanicals, looked easily replaced by the MLC, while SESAC, a smaller performance rights organization, was supremely threatened by an MLC that was likely to spread beyond mechanical licensing.

The result, according to sources with knowledge of the backroom dealings, is that the NMPA agreed to narrow the scope of the MLC’s responsibilities while promising a juicy HFA contract ahead. Which is exactly what happened this week.

Among the sharp critics of the award is vocal artist advocate David Lowery, who abruptly quit the Mechanical Licensing Collective for unknown reasons.

Lowery has been a huge thorn in the sides of several heavyweight streaming services, not to mention major publishers. He spearheaded the first lawsuits against streaming services for non-payment of mechanical licenses, while outing HFA for massive underpayments, mismatches, and flat-out fraud. Lowery helped to provoke the crisis that ultimately led to the passage of the MMA and its resolutions around mechanical licensing moving forward.

Lowery declined to offer a reason for his MLC exit.  Though maybe this had something to do with it.

“The problem is that HFA was the third-party licensing contractor hired by Spotify and other streaming services to obtain licenses from songwriters and publishers,” Lowery wrote on his site, The Trichordist, earlier today.  “HFA did not properly do their job leaving streaming services exposed to massive copyright infringement lawsuits (from people like me).  They created the problem that led to the creation of the Music Licensing Collective so now they are rewarded with the contract to run the matching of musical works and paying artists?!?!”

“Didn’t they just fail spectacularly when asked by Spotify to do this job?  Didn’t the Spotify class action and the four other private lawsuits prove HFA incapable of doing the job?”

Lowery was once the frontman for successful 90s group Cracker.  So he experienced the mechanical meltdown firsthand — and he solidly blames HFA for the mess.  “HFA was the company that was supposed to pay these streaming royalties back out to the songwriters.  They didn’t do that either.  Where is that money? Shouldn’t the Copyright Office look into this?

“This company was one of the main reasons songwriters didn’t get their mechanicals for 7 going on 8 years.   What the fuck were you guys thinking?”

In comments to the U.S. Copyright Office submitted ahead of the selection of HFA, Price pointed to an uncanny competitive advantage enjoyed by HFA.  All of which is seriously bad news for mechanical competitors like Audiam.

“As a vendor to the MLC, HFA would now have unique and unfettered access to all music streaming data including, but not limited to, a list of every musical recording distributed with all the associated metadata, a list of every registered music publisher, songwriter, the data points connecting recordings to the composition, stream counts and revenue earned by every musical works owner, creator and administrator around the world, giving them a unique un-replicable competitive advantage in the private market against other privately held companies.

“In effect, based on their own admission as to the value of the data, and their articulation of how they intend to compete in this market space, their designation as a vendor to the MLC will allow HFA to know whom to solicit, how much each entity earns and streams, what compositions each entity represents, how to contact each entity, what each entities annual value is, and more.“

Sounds good for Blackstone, whose once-struggling HFA is now surging back from the brink — and suddenly enjoying a coveted catbird seat in the mechanical licensing space.

Looking ahead, at least two sources have promised an upcoming award to SoundExchange and its SXWorks division.

“They’ll get their piece [of the MLC budget],” one exec at a streaming service promised. That’s perfect news for SoundExchange CEO Michael Huppe, who — despite an extraordinary ‘non-profit’ salary north of $1.4 million — is now weathering serious long-term challenges for SoundExchange and its non-interactive recorded music licensing focus. Most notably, Huppe’s SoundExchange lost a critical client, Pandora, which pulled a large portion of its licensing duties away from the agency for reasons reportedly tied to large administrative overhead and processing problems.

More as this develops.  Written while listening to FKA twigs and Slaine.