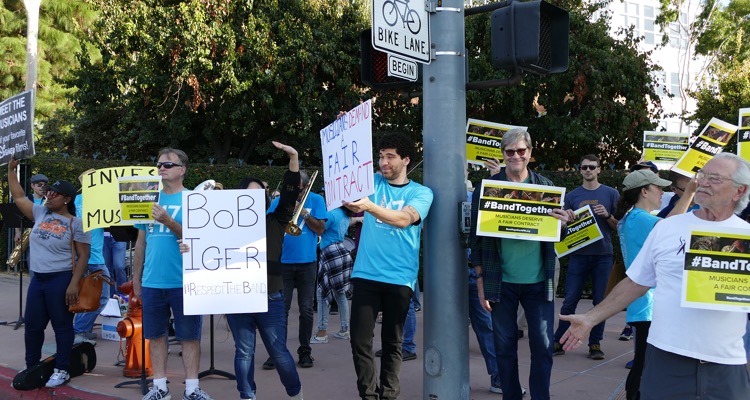 Musicians have reached a tentative deal with film and television studios, despite not getting their most pressing demand: residuals for streaming, which they had fought for through their #BandTogether campaign.

Negotiations between the American Federation of Musicians (AFM) and the studios lasted over two years, but while the former did receive significant improvements in their contract with the latter, their members still will not be getting residuals for TV shows and movies that are streamed online.

Studios participating in the new deal include:

In their new contract, AFM musicians will from now on receive screen credits whenever they perform on scores, in whatever format productions are released, including streaming. The new contract also improves wages by 3% every year and establishes conditions for high-budget productions that are streamed.

The deal further includes a provision that increases residual payments for productions that are either rented or bought online.

Notably, the AFM also successfully resisted concessions that the studios sought from them. This included the ability to score more productions overseas without their participation.

Despite not receiving streaming residuals in this contract, the AFM insisted that they will continue the fight for them.

Ray Hair, who is the president of the AFM, said, “The campaign for fairness in our contract with the studios, particularly on the issue of compensation and residuals for content made for streaming, has energized not only our film and television musicians in Los Angeles, New York and Nashville, but musicians throughout the country.”

He went on to say that “the tentative agreement, if ratified, will be viewed as a short-term truce,” while adding, “[O]ur musicians’ concerted activity will continue as the backdrop to our ongoing efforts to obtain fair residual terms whenever we are engaged to score content made for streaming.”

This past year, the AFM launched #BandTogether, which is a grassroots campaign to raise awareness of their fight for residuals on new media productions.