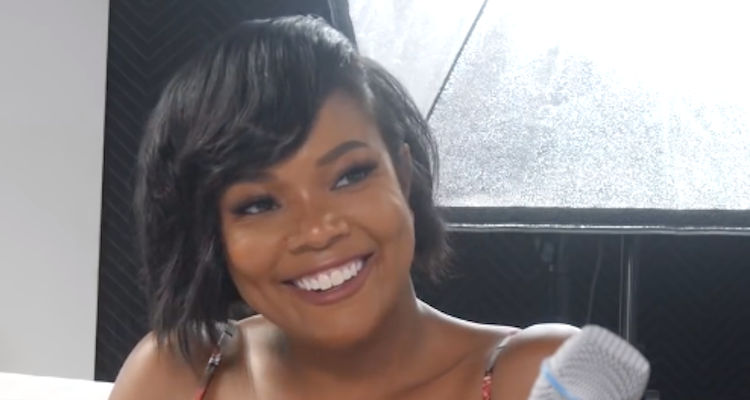 Photo of Gabrielle Union by Ashley Graham (CC BY 3.0)

It is being reported that the producers of America’s Got Talent (AGT) decided not to renew the contract of judge Gabrielle Union after she and fellow judge Julianne Hough complained about what they considered to be a toxic culture at the show.

The kerfuffle seems to be centered around a guest appearance on the show by comic legend Jay Leno. During this appearance, Leno allegedly made a joke about a painting in the building that many people working there, including Union and Hough, found offensive.

The painting in question depicted Simon Crowell, who is not only a judge on the show but also its executive producer, surrounded by dogs that he owns. Leno joked that the dogs looked like they belonged “on the menu at a Korean restaurant.”

While the joke was eventually cut from the show, the staffers were still upset, because they thought that it perpetuated long-running stereotypes about Asians eating dogs. They found the joke especially upsetting because they felt that the show has employed too few Asians.

Union, who was hired at the start of what is the show’s 14th season, reportedly urged producers to complain about the joke to NBC’s human resources department.

Sources working on the show have further alleged that there were other examples of what they considered a toxic culture during this particular season. This included an incident when a white contestant sang a Beyoncé song with black hands, which led Union to ask producers to remove the contestant from the show.

At the end of the season, neither Union or Hough were renewed despite their contracts being renewable. Some think that this is directly attributable to the two having complained.

The show, though, disputes this. In a statement they said, “The judging and host line-up has been regularly refreshed over the years and that is one of the reasons for AGT’s enduring popularity. NBC and the producers take any issues on set seriously.”