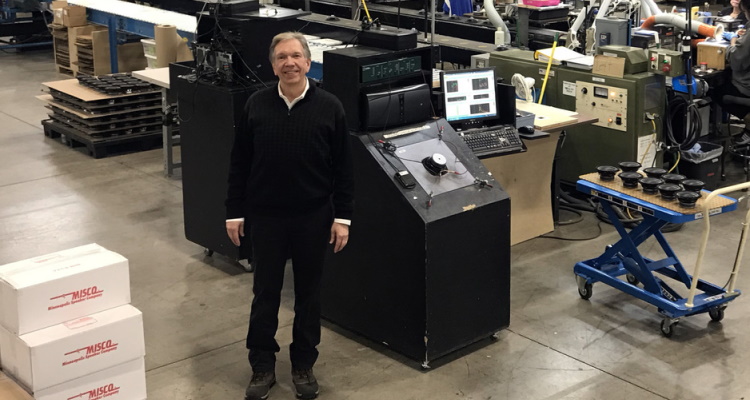 The Misco speaker company is celebrating its 70th anniversary this year. But CEO Dan Dirge warns the company’s future is uncertain due to aggressive Chinese tariffs.

Misco employs about 100 people in the Minneapolis area and manufacturers speakers. Speakers for musicians, home theater buffs, and even drive-thru restaurants. Digre says the speaker manufacturing industry in the United States is dying and Misco is one of the only factories left.

Even the Misco factory in Minnesota imports some of its components from China. Now the company pays a 25% tariff on those imports, making it impossible to turn a profit. Digre told NPR that if he gave up on American manufacturing and moved to China, he’d only pay a 15% import tax.

Each time Misco imports components, the company gets a bill from the U.S. Customs and Border Protection. Digre says most people think China is paying those tariffs when that couldn’t be further from the truth.

“A surprising number of people that I talk to — you know, smart, intelligent, well-read people — think that somehow China is paying the tariffs,” Digre said in the NPR report.

So far, Misco has passed the cost on to customers by raising prices. They’ve also asked component suppliers for a discount because of the tariffs. Most of the extra cost from these tariffs is absorbed by the company itself, though.

Digre says the unpredictability of Trump’s trade war with China is a huge concern for Misco’s future.

“A tweet could come out this afternoon that could dramatically change a tariff rate.”

For now, Digre says he’s traveling the Philippines to look for alternate components. He doesn’t want to shutter the factory in Minnesota, but the import tariffs may bring that about.

“We’re trying to keep building speakers here in the U.S., but there’s only a couple of us left in the country to do it. And if these tariffs go on a lot longer, I don’t know if there will be anybody left in this country to do it.”