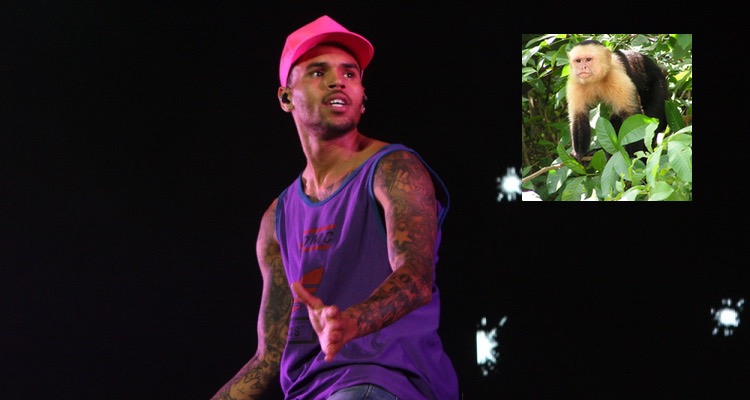 A Los Angeles judge has ruled that Chris Brown must give up all rights to his former pet monkey. Brown must pay for its care and must not buy a new one to have charges dropped.

The 30-year-old singer was facing charges of illegal animal ownership. He was allowed to enter a diversion program a year after he was charged with two misdemeanors for his possession of a Capuchin monkey. Brown did not have a valid permit for the monkey.

Brown was forced to pay a $35,000 fine to the facility where the monkey is being housed. He was also barred from trying to visit the monkey without prior arrangement.

If all conditions are met, then the two misdemeanor charges will be dropped in June. Brown must refrain from breaking any other laws during the span. He must submit to searches to prove he owns no other prohibited species.

The singer got into trouble in 2018 after posting an Instagram photo of his daughter with the monkey. California Fish and Wildlife agents investigated and soon removed the monkey. Capuchin monkeys are a restricted species in California and require a special permit to own.

TMZ previously reported that Brown wanted the monkey because Michael Jackson had a pet chimp.

The singer has faced several highly publicized run-ins with law enforcement over the years. He pled guilty to felony assault against his girlfriend Rihanna in 2009. The singer also got into a fight with Drake in 2012 and Frank Ocean in 2013. He was arrested again for assault in 2013 in a separate incident.

Chris Brown served five years’ probation for the guilty plea in Rihanna’s case. In a documentary released in 2017, he said he felt like a monster, and that fight would “haunt him forever.” Despite that, recent comments he made on Rihanna’s Instagram page have angered fans.