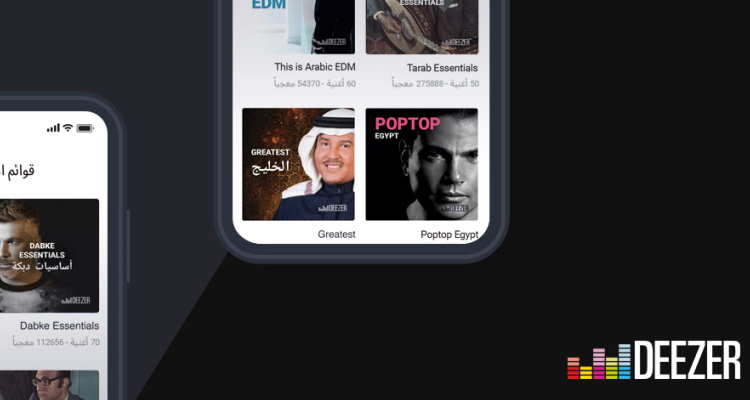 Subscribers to STC can also subscribe to Deezer Premium through their mobile plans. Those who sign up for premium service in December will get three months of Deezer Premium for free.

The deal makes sense since Deezer is the exclusive home for Saudi Arabia-based Rotana Records. Rotana Records claims to be the largest record company in the Middle East.

Deezer has worked to expand its availability in the MENA region this year. Recently Deezer announced a deal with Emirates Airlines for in-flight access to exclusive playlists.

“As our first-ever partnership with a MENA telecommunications provider, this agreement marks a new milestone for our regional growth journey. We look forward to enabling listeners in the Kingdom to access millions of their favorite Arabic and English tracks.”

Deezer launched in the MENA region (Middle East & North Africa) in October 2018. The move undercut rumors of Spotify’s launch in the Middle East later that year.

Deezer’s exclusivity deal with Rotana Records in August 2018 makes it very attractive to the region. The app is tailored to local music tastes in each country and includes local playlists. When the streaming service launched in MENA last year, the service offered six months free to new members.

A $185m funding round led by the Kingdom of Saudi Arabia helped the expansion, too. MENA is a strategic priority for the streaming service with its Rotana Records exclusivity deal. That deal was vital in setting Deezer apart from rivals like Spotify.

CEO Hans-Holger Albrecht says his company remains committed to local music tastes. He even went so far as to compare Spotify to the McDonald’s of the music industry.

“There’s a certain target group that wants to be global and international: to go for McDonald’s and pizza rather than for local food. Spotify will serve them, I guess, but we have a different approach. We’re very local.”