Spotify Files a U.S. Patent Application for a ‘Lyric Analyzer’ 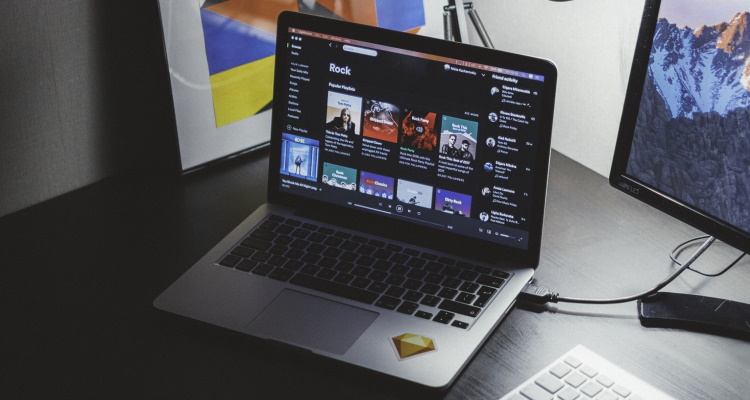 Spotify filed a U.S. patent for a ‘lyric analyzer’ that may have a broad range of uses. The patent was first filed in 2018 but was made public only recently.

The patent describes several uses for the technology, chief among them to generate tags based on lyrics. The lyric analyzer can also determine the explicitness indicators for a set of tracks. Tags generated this way include genre, mood, occasion, or other features.

The patent says the lyrics analyzer works by generating an n-dimensional vector relating to a set of topics extracted. Then the analyzer uses those vectors to train a classifier to determine whether each generated tag applies to a given set of tracks.

Spotify says the lyric analyzer may also be used to generate playlists for users. Based on a single seed song, the technology can then create a playlist of similar songs. It does so by comparing the lyrics and acoustics to the seed songs to find ‘close matches.’

The patent itself is pretty broad, and the technology behind it seems responsible for user-generated playlists. But the technology could be used for quick-sorting explicit content by genre or likeness to other materials.

Theoretically, the analyzer could be used to sort podcasts using subtitles, too. Spotify is working hard to push new users toward its library of 500,000 podcasts. New users will begin seeing a ‘Pick Topics’ podcast button at the top of their user pages. Spotify then presents the user with a variety of podcasts on the topics that were chosen.

The patent could also help Spotify with its implementation of real-time lyrics. Spotify is testing real-time lyrics in several international markets after Apple made the feature available in an iOS 13 update for Apple Music. So far, Canada, Indonesia, and Mexico are three of the confirmed test markets for that technology.