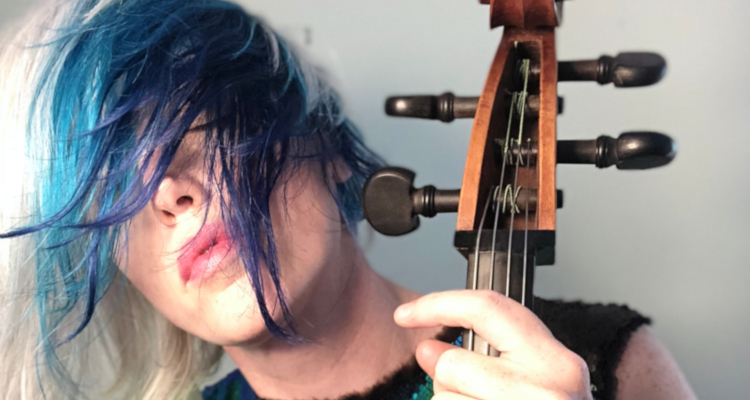 In 2015, cellist Zoë Keating suffered tragedy when her husband and business partner of 17 years died.  Despite the loss, there wasn’t even the thought in Keating’s mind of ending her indie music career.

What?  You’re not subscribed to the Digital Music News Podcast?  We’re available on iTunes, Spotify, Google Play, Stitcher, and most other podcast platforms.  Or, simply listen to the embed below.

In this edition of the Digital Music News Podcast, we trace the extraordinary journey that Zoë Keating took after the loss of her husband and best friend, while detailing how independent artists like her can live off their music.  In the end, Keating remained resourceful and adaptive as a single parent, while refusing to surrender her musical career.

About a week ago, Keating made news when she publicly described how streaming revenues at Spotify are falling. But her story is much bigger than just a bunch of numbers on a spreadsheet.

In a wide-ranging interview, the single mother discussed how her lifelong ambition to become a music artist led her to soldier on after her husband’s death. In fact, she insists that, as bad as it was losing her life partner, this loss would have only been compounded by giving up the career that she loves.

“My husband and I were together for 17 years, and that was a huge blow to lose my life partner,” Keating told us. “But I didn’t feel like I should also be forced to leave my career and what I love also.”

Keating didn’t exactly have a choice when it came to becoming a DIY artist. She says that no record labels were interested in signing an avant-garde classical cellist. So, if she wanted to make a career in music, she had to do so herself.

This is exactly what she did: she left her tech job and has never looked back, thanks in part to a collection of die-hard fans.

In addition to being an independent music artist and a single mom, Keating is also an activist. After the Music Modernization Act was passed into law, Keating rallied in support of the American Mechanical Licensing Collective (AMLC) in their fight against major music publishers such as Sony/ATV and UMPG.

For those who want to make a living entirely off their music without the help of major labels and high-powered managers, Keating offers proof that this is possible. She says her ability to make a living as a musician without industry representation boils down to one simple quality — “stubbornness.”

Please note: this interview happened before the U.S. Copyright Office made its determinations on the Mechanical Licensing Collective (with the AMLC losing its bid).  The elected MLC, steered by major publishers like Sony/ATV, is slated to being operations in 2021.