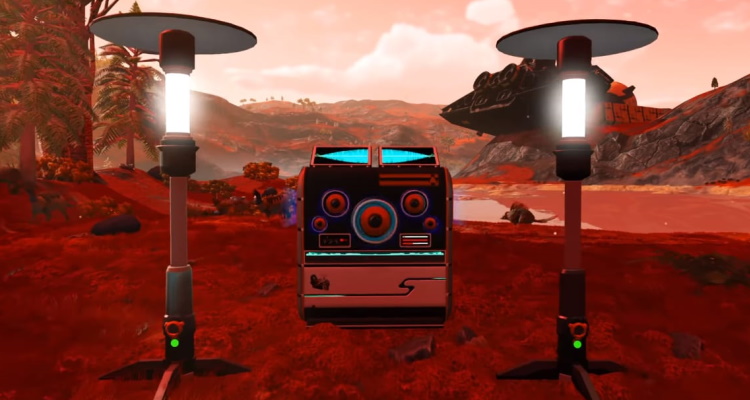 A new holiday update for No Man’s Sky brings a fully functional music synthesizer to players. Hello Games calls the device the ByteBeat Device, and it can create new music tracks for the game.

No Man’s Sky is a base-building survival game that has received several significant updates. The ByteBeat device can be constructed using blueprints, and it needs a power source to be active. Once set up, players can customize the music it plays to their tastes.

Hello Games says players have requested a way to customize the music in-game for ages.

“Our team always likes a creative challenge, and audio is one of our big passions. Over the last few weeks, one of our coders got obsessed with making an audio creation tool for the community; we were so excited about it we thought it’d be a nice surprise to release it.”

After a ByteBeat device is built, it uses procedural generation for its first song. Players can interact with the machine to change the tempo, octave, key, melody, and drums. Players who really want to create their own music can alter the math equation of the music to change the sound.

Multiple ByteBeat devices can be linked to create a symphony of synthesizer music. It can also be connected to other objects in a player’s base to create light shows that sync with music tracks. The actual music creation interface is pretty complex and may be familiar to DJs.

The ByteBeat device itself mimics the new musical genre, ‘bytebeat.’ Bytebeat is algorithmic music created from one line of code. It’s a stripped back and minimalist approach to chiptune music that dominated gaming in the early ’80s and ’90s.

The end result: No Man’s Sky players now have access to a sophisticated bytebeat generator that can spin infinite tunes. People have been using Mario Paint to re-create music on YouTube for years — now get ready to see an entirely new catalog of No Man’s Sky generated music.