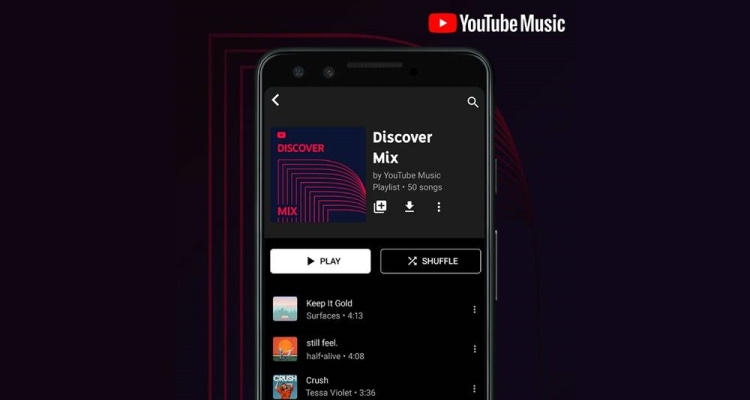 YouTube Music has rolled out its first personalized playlists to all subscribers after a limited test. Discover Mix and New Release Mix were spotted in September, but now all users have access to them.

In addition to those new playlists, YouTube Music is also launching a personalized playlist called ‘Your Mix.’ Discover Mix is similar to Spotify’s Discover Weekly playlist.

It’s intended to introduce users to new music or tracks from artists. Spotify’s weekly mix is 30 tracks and updates on Mondays, while YouTube Music’s Discover Mix will feature 50 songs and update on Wednesdays.

The New Release Mix personalized playlist will be filled with recent releases from favorite artists. YouTube Music will also include some picks the algorithm thinks you’ll like based on listening history.

The idea is similar to Spotify’s Release Radar playlist, which updates every Friday. YouTube Music’s New Release Mix will constantly refresh as artists release music. That means Fridays will see the biggest changes, but expect updates throughout the week, too.

The Your Mix personalized playlist is a general catch-all for users. It shuffles songs and artists that you enjoy with new music and updates constantly as your listening profile changes. The more you actively like songs on the platform, the more YouTube Music’s playlists will cater to your listening interests.

YouTube Music is the new default music player on Android 10 after Google Play Music got dumped. Google also added support for Siri and a full web app for the service.

YouTube Music says these personalized playlists are just the start. All three playlists can be found under the ‘Mixed For You’ section of the app on iOS and Android or the web player.