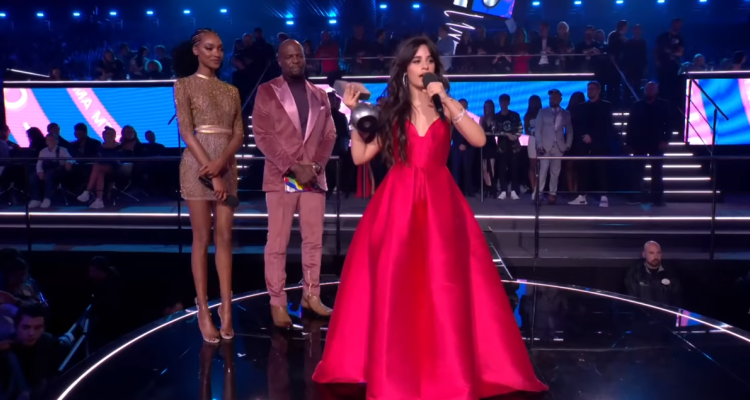 Camila Cabello has now apologized for racist remarks she made on Tumblr. The Tumblr blog from 2012 has been shut down for offensive language, photos, and drawings.

Cabello shared the posts when she was younger, the same year Fifth Harmony formed. Screenshots of the blog surfaced on Twitter before going viral and attracting the attention of the media.

In one post, Cabello made offensive and racist remarks about GIFs of a black child and a black female athlete. The posts also made stereotypical racist remarks including references to ‘KFC’ and ‘watermelons.’ Many of the posts featured flagrant use of the n-word, while others targeted Asian and Mexican people.

She accused Taylor Swift of ‘slut-shaming’ other women. Rihanna was hammered over being a victim of abuse and accused of wearing ‘little to no clothing.’ Many of the posts on the blog were not posted by Cabello herself, rather they were reblogged posts from other users.

As the Twitter thread went viral, Cabello issued an apology to fans on the platform.

“When I was younger, I used language that I’m deeply ashamed of and will regret forever. I was uneducated and ignorant, and once I became aware of the history and the weight and the true meaning behind this horrible and hurtful language, I was deeply embarrassed I ever used it.

As much as I wish I could, I can’t go back and change things I said in the past. But once you know better, you do better, and that’s all I can do. I apologized then, and I apologize again now. I would never intentionally hurt anyone, and I regret it from the bottom of my heart.”

Some fans have accepted her apology, but others have not. The issue is trending on Twitter as people debate whether a young girl should be held responsible for her remarks as a child.