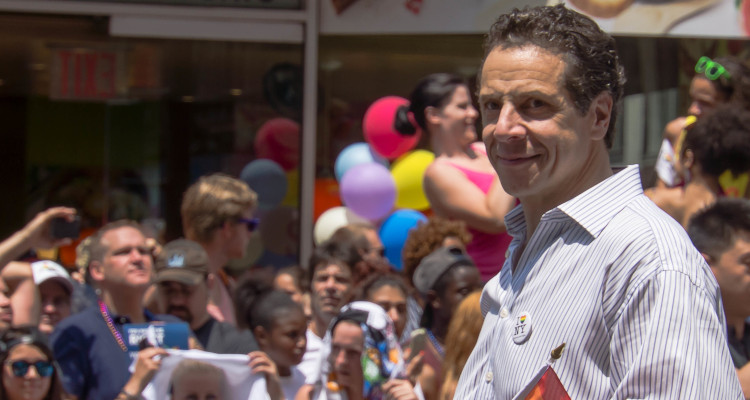 Photo of Gov. Andrew Cuomo by Bob Jagendorf (CC BY 2.0)

Following the lead of California, New York is now introducing measures to implement net neutrality in the state.

The concept behind net neutrality is simply to prevent Internet service providers (ISPs) from treating some information as more important than others. During the Obama administration, the FCC enforced the policy on a national level, but it was repealed by the agency in 2017, which by then had become dominated by Republicans.

In a speech announcing the proposed legislation, New York Governor Andrew Cuomo said, “A free and open internet is one of the great equalizers — allowing every person the same access to information and helping protect freedom of speech.”

He added that he was proposing the new legislation “so big corporations can’t control what information we access or stymie smaller competitors.”

But not everybody is a fan of net neutrality.

Some people believe that it is nothing more than an excuse for the government to regulate the Internet, while others like FCC chairman Ajit Pai believe that the rules impede necessary investment in broadband networks.

After the FCC repealed the rules, many states sued to have them reenacted. In October of this year, a federal appeals court ruled that the FCC was within its rights to repeal net neutrality. At the same time, though, it declared that states have the right to enact their own measures in lieu of federal ones.

Evan Greer, who is the deputy director of Fight for the Future — which supports net neutrality — issued the following statement in response to Cuomo’s announcement:

“We’ll be watching this legislation closely, and will be prepared to mobilize our army of net neutrality supporters to fight for the strongest bill possible. We’ll also continue pushing at the federal level for Congress to pass the Save the Internet Act, which would reverse the FCC’s reckless repeal and restore the common-sense rules that never should have been taken away in the first place.”