Snapchat Docuseries ‘Tekashi69 vs. The World’ Has Arrived 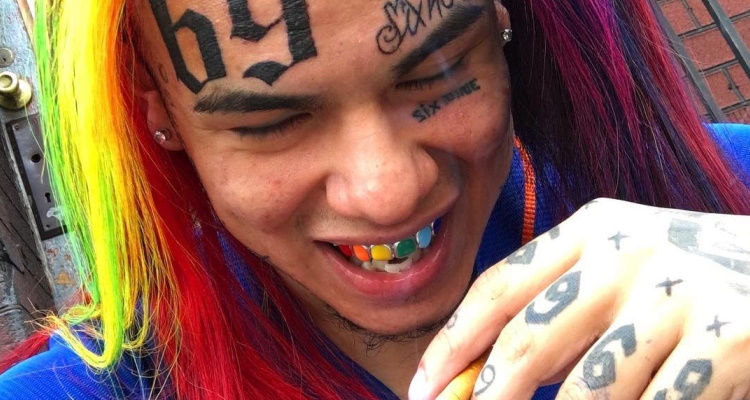 Snapchat Originals has just released a new trailer for a docuseries delving into the life of Tekashi 6ix9ine.

The Snap Original ‘Tekashi69 vs. The World’ will premiere this weekend, specifically on December 21. It’s the first episode of Snapchat’s series that chronicles the rise and fall of members of the hip-hop community. The docuseries is being produced with the help of 6ix9ine’s friend, DJ Akademiks.

The series will follow the rapper’s rise to fame and his fall from grace. Complex is handling the production of the series for Snapchat. DJ Akademiks confirmed that the production was waiting for 6ix9ine’s sentencing to complete the project. He tweeted out, “Better I tell the story before some other f*ck n*ga does that ain’t know him.”

The 29-second trailer features snippets from Tekashi 6ix9ine’s life. Each successive season of the series will feature the journeys of some of the biggest names in hip-hop. Snap Originals will offer exclusive footage, commentary, and ‘an original perspective’ on highly public figures.

Check out the trailer below.

The rapper rose to fame on the success of his debut single in 2017, “Gummo.” Tekashi69’s mixtape, ‘Day69’, and his single ‘Fefe’ featuring Nicki Minaj catapulted his fame even further.

Despite his musical success, the rapper ran afoul of federal authorities in 2018. He was arrested on federal racketeering charges in 2018 and faced 37 years to life in prison. The sentence was commuted in exchange for Tekashi69’s testimony against his former gang members.

Tekashi69, real name Daniel Hernandez, was recently sentenced to two years in federal prison. Tekashi’s legal team says that despite the two-year sentence, the rapper has 13 months served. He could be as home as early as July 2020.

Other Snap Originals planned for release include another episode featuring Nikita Dragun and ‘The Honeybeez.’