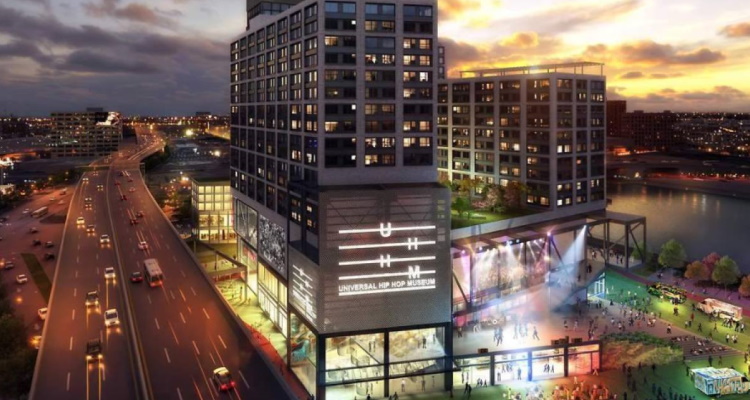 The State of New York will contribute $3.75 million to the Universal Hip Hop Museum. The museum will cost $80 million to build and will open in the Bronx in 2023.

New York State Governor Andrew Cuomo officially signed off on the grant for the museum. The grant is part of a larger package of economic and community development in the state.

The Universal Hip Hop Museum will be the first of its kind ⁠— the first museum dedicated to rap music. It is currently available as a pop-up exhibit in the Bronx Terminal Market. It will move to a newly developed location in what is now an empty parking lot near the Major Deegan Expressway. Construction on the facility will begin as early as next year.

Rocky Bucano is the Executive Director of the museum. The Bronx native says the location chosen was important since hip-hop started there.

“We knew it was important because the Bronx is where hip-hop started. It’s crazy to think of how hip-hop — which has such an influence on pop culture, advertising, politics — doesn’t have a place to call home.”

The museum will have a 50,000 square foot presence to cover all aspects of hip-hop culture.

Fashion, breakdancing, and the evolution of hip-hop will all be topics of coverage. The museum has partnerships in place with Microsoft and the Massachusetts Institute of Technology to give visitors a personalized look at hip-hop through the use of AI.

In addition to traditional exhibits and hands-on materials, the museum will offer workshops, mentorships, and programming for area youth. Bucano says the goal of the museum is to inspire and engage the community. “It’s important for the community to know that it was created by people who looked just like them,” he told CNN in a recent interview.