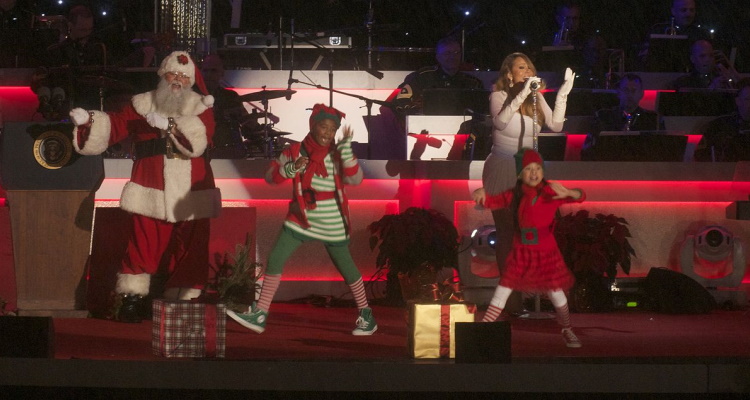 The lawsuit was filed on December 23 by Maria Burgues.  The former nanny and assistant says she was fired from the position after complaining about her working conditions.

Burgues cites one occurrence that happened in December of 2017. She says the bodyguard – a man named Moto – threatened to kick her out of the car and leave her on the side of the road. She says that this incident caused her to speak up about his behavior, but nothing happened to correct it.

The lawsuit also alleges that Moto put Carey’s children in danger by using his phone. In one incident, Moto was allegedly driving the children and Burgues to a dance studio while video chatting with his girlfriend. The lawsuit alleges that his distracted driving almost caused an accident.

Later that same day, one of Carey’s children allegedly left the dance studio unnoticed. The lawsuit says that the child was able to walk past Moto, who was again distracted by his phone. Moto blamed Burgues for the incident and yelled at her in front of the children and dance studio staff.

Burgues says after the incident at the dance studio, Carey terminated her. The lawsuit is seeking compensation for severe emotional distress while under Carey’s employment. Burgues also says she received no proper wage statements or her total wages due after she was fired.

This lawsuit isn’t the first time Mariah Carey has found herself in a legal battle this year. Back in November, a former housekeeper for Carey sued the singer claiming she did not receive her full wages.