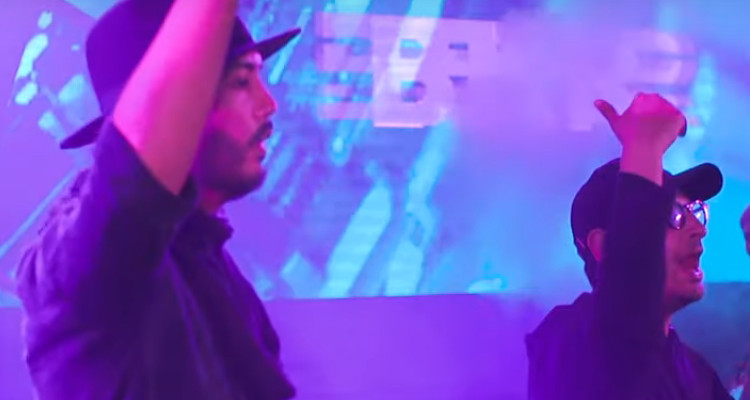 From a performance at MDL Beast

A recent Saudi Arabian electronic dance music festival called MDL Beast drew lots of controversy, but it also drew a lot of fans, too: a whopping 400,000 of them.

The last day of the festival alone drew 115,000 people. According to the Saudi Gazette, the festival further received a Guinness World Record for what was the “world’s tallest temporary stage.”

Staging a large EDM festival in the Saudi Arabian capital of Riyadh was not just controversial, it was also odd, considering the ultra-conservative nature of the country. So, not surprisingly, it was the first of its kind ever in the country.

Also not surprisingly, there were at least 9 arrests at the festival for indecency. Not surprising as well was that all those arrested for this were women, who were not dressed modestly enough in the opinion of local authorities. They reportedly face fines of a little more than $1,000.

More surprising, however, were all the reports of sexual harassment. There were so many of these that “Harassment MDL Beast” started trending on various social media platforms, with a young woman who was there describing the level of harassment as “ridiculous.”

What’s more, sexual harassment at the festival was allegedly not limited to women.

There are reports that a group sexually harassed a handicapped Saudi man as well. Other men are believed to have been victims, too.

Acting on clues from videos posted on social media, authorities tracked down and arrested 24 people for sexual harassment.

If found guilty, those charged face up to two years in jail and a fine of over $25,000. But these sentences are light in comparison to some of the other punishments that authorities in the country regularly dole out. This includes stoning those who commit adultery — whose definition includes acts of homosexuality — and amputating the hands of those who steal.