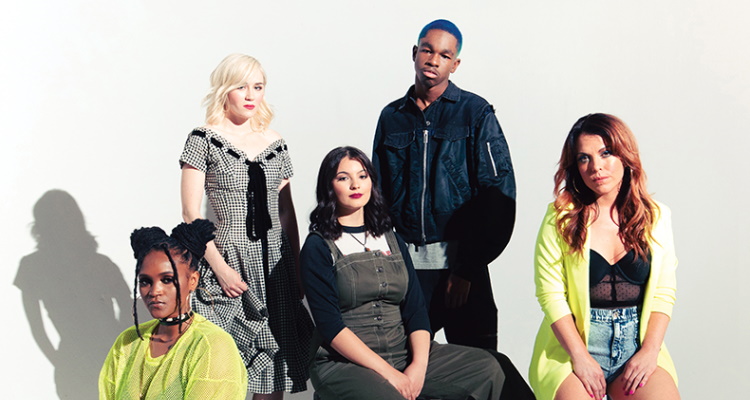 Tidal has partnered with philanthropists Robert Nelsen and Mark Lampert to launch Tidal Unplugged. The program is a $1 million endowment program to highlight upcoming musicians across genres.

The program gives these artists access to studio time with LA-based producers.  It also includes voice training, guitar and piano lessons, marketing, and video production. As part of Tidal Unplugged, each new artist will release three songs exclusively on Tidal.

Tidal plans grant rollouts in several major cities across America, but Detroit is the Tidal Unplugged pilot city. Five artists have been chosen as the inaugural recipients of the program.

This 25-year-old from Detroit was introduced to singing by attending church. “The spark of me wanting to do music really came from being inspired by Aaliyah,” she told Hour Detroit. Love released her first mixtape called Heavy Rotation on SoundCloud in 2015. Since then, she has performed live across Detroit to overcome her fear.

24-year-old Rochester native Olivia Millerschin has been touring since age 19. She describes performing as a workout. “When I don’t do it, I feel very, very out of shape.” She got her start in the industry by cold-calling musicians to ask if she could open for them. Howie Day took her on, and things started falling into place for her in 2015 when she opened for Day several times.

Guzman is the youngest musician to be awarded a Tidal Unplugged grant. She attended a songwriting workshop at age ten and wrote her first original song inspired by her perception of Detroit. She has since released two albums.

The 23-year-old rapper says he was influenced by Kanye West and Kid Cudi. He started performing hip-hop and rap shows in 2015 while moving around Detroit. He sold out his first headline appearance at El Club in 2018.

The 30-year-old relocated to Nashville at 17 in hopes of becoming a solo performer. She was raised by her grandparents and grew up listening to Loretta Lyne and George Jones. She moved back to Michigan in 2017 and started picking up gigs singing back-up for male-fronted bands. In 2018 she began to pursue her dream of producing and performing original music.