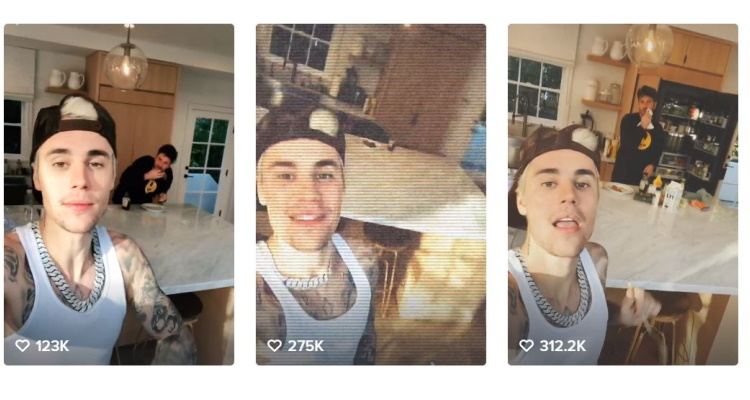 Ahead of the release of “Yummy,” the 25-year-old joined TikTok to reach a new audience. Less than 24 hours after the account went live, Bieber’s managed to rack up over 600,000 followers.

His first video takes advantage of the #morph effect on TikTok to showcase a slideshow of pictures. Captioned, ‘Am I doing this right,’ the now-deleted video featured a slideshow of his life.

While that original video has now been removed, Bieber quickly shared three more videos. One is a video of him in his kitchen singing along to the song “Yummy.”

While it’s no surprise that Bieber has joined the platform to promote his work, the removal of his first video is interesting. It morphed baby photos of himself into the man he is today, which likely helps train facial recognition algorithms.

TikTok is currently under U.S. investigation over allegations of spying. TikTok’s owner ByteDance is a Chinese-based company, which U.S. regulators have expressed concerns about privacy for citizens.

The U.S. Army and Navy have both banned TikTok from being installed on government-issued devices. Both fear that location information could give away sensitive information.

To help reduce those concerns, TikTok released its first transparency report yesterday. That report showed that authorities in the countries of India, the U.S., and Japan were responsible for most data requests.

China did not make any data requests of TikTok in the first half of 2019, at least according to the report. Stats for the second half of 2019 will be ‘coming soon,’ according to a TikTok representative. ByteDance has seemingly gone to great lengths to assuage fears of espionage with TikTok. But censorship of the Hong Kong protests and its international supporters does not inspire confidence.