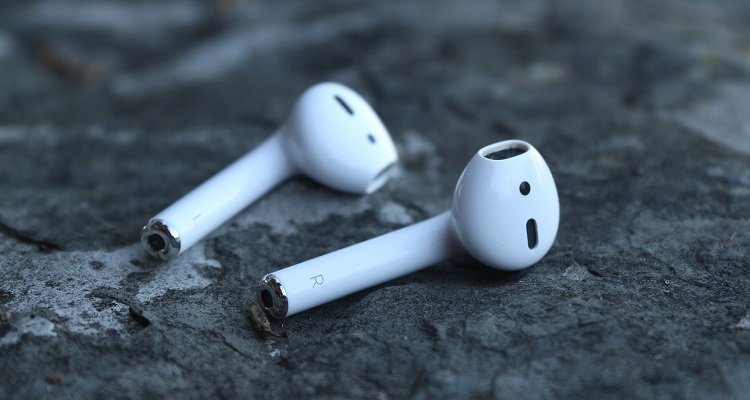 A new report from analyst Kevin Rooke is indicating that Apple’s revenue from AirPods exceeds that of Spotify, Twitter, Snapchat, and Shopify combined.

In his report, Rooke presented the following graph to show just how much money AirPods are earning in comparison to earnings from the giants in technology: 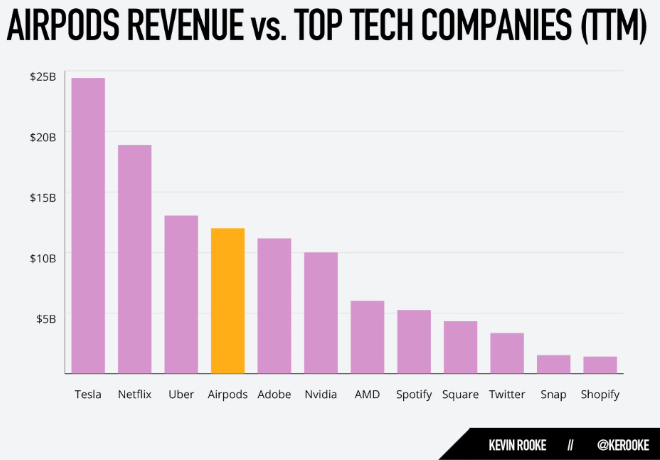 Rooke, using a variety of sources, has pegged AirPods revenue at $12 billion, which would be about 4.5% of Apple’s total sales.

Using these growth figures, Rooke went on to say that he would not be surprised if AirPod revenue in 2020 exceeded revenue at Uber.

He bases this on his belief that sales of AirPods still have a lot of room to grow. This is due to the fact that, while the installed user base of iPhones is around 900 million, only 100 million AirPods have so far been sold.

Interestingly, Rooke has framed the success of AirPods as if it were a startup.

But author Neil Cybart is challenging Rooke’s numbers, by questioning the reliability of all three sources Rooke used to come to $12 billion in revenue. Cybart further believes that the actual revenue figure is closer to $7.5 billion.

However, even if Cybart is right, it still means that sales of AirPods are surpassing all revenue for Spotify, which is an impressive feat as well.

Apple released AirPods in December of 2016. Their growth has been largely fueled by the fact that modern iPhones no longer have 3.5mm headphone jacks, requiring owners to use converters or wireless headphones instead.