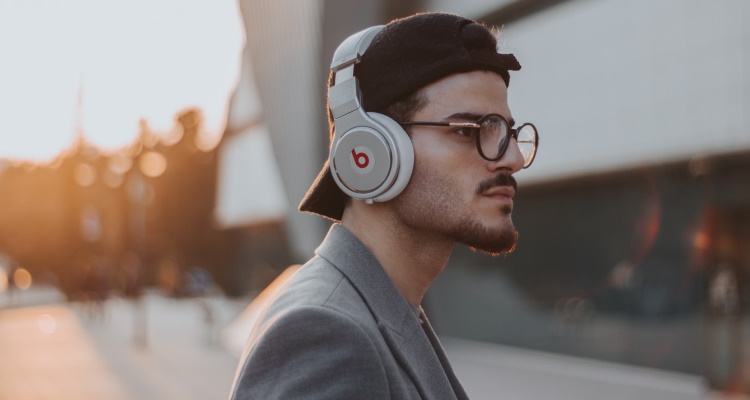 A new report from BuzzAngle Music says that US-based music streams broke one trillion for the first time in 2019.

The previous high for US-based music streams was set in 2018 with 809.5 billion, representing a 25% increase. Music streaming accounted for 85% of all music consumption in the United States. That number is up 7.6% from the 2018 high of 77%.

Interestingly enough, overall album consumption (including ‘equivalents’) rose in 2019 by 13.5%. Post Malone helped fuel that growth by dethroning Drake in 2019 as Artist and Album of the year. His album, Hollywood’s Bleeding, was the biggest selling album of 2019, with more than two million counted sales.

Malone was the most-streamed artist of 2019, with a combined 6.7 billion streams. Drake follows closely with 6.3 billion, while Billie Eilish is third with 5 billion streams.

Drake (28 billion streams) continues to be the most streamed artist over the past five years, with Post Malone (15.9 billion streams) in second place. Eminem follows with 12.5 billion music streams.

Lil Nas X’s “Old Town Road” was the most-streamed song for audio and video on-demand streaming. He managed to rack up 963.1 million video streams and 813.6 million audio streams. He also topped song sales with 1.4 million in 2019.

The top 1,000 streamed songs in 2019 accounted for 183.5 billion streams in 2019. That’s a 33% increase over 2018, suggesting popular music will continue to eat up a larger market share as music streaming gains market share. 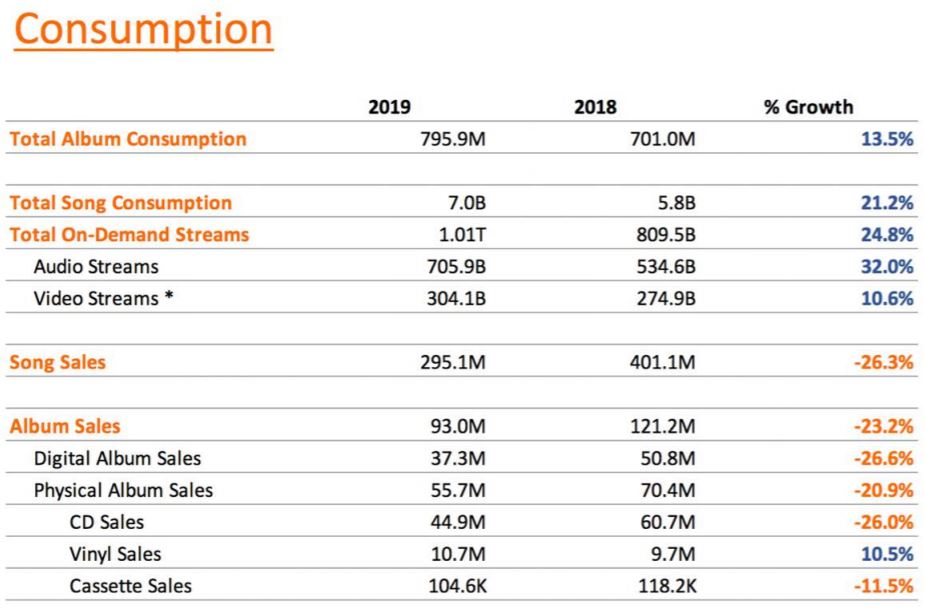 Perhaps unsurprisingly, 2019 was a double-digit growth year for vinyl album sales. LP sales grew 10.5% this year and accounted for 19.2% of all physical album sales.