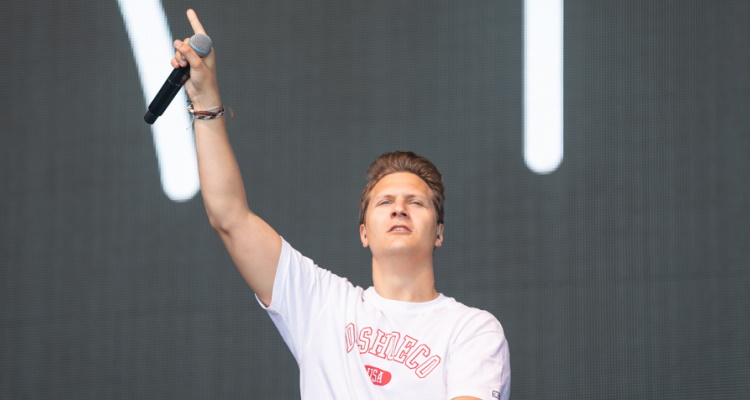 Last year Coldplay announced they would stop touring due to environmental concerns. Now, Norweigan DJ Matoma claims he has the answer.

Matoma has partnered with climate company CHOOOSE to make his upcoming US tour a carbon neutral event. The Norwegian DJ claims he is the first international artist to reduce emissions during touring using carbon drawdown.

Matoma is well-known for his climate advocacy. In 2018 he announced a climate positive music tour in Europe. The tour achieved the United Nations certification as a ‘Climate Neutral Now’ program.

Now Matoma will repeat that success for the US leg of his tour. The tour will implement measures to reduce carbon emissions on a local scale. But it is also the first music tour in which unavoidable emissions will be compensated by removing carbon.

Matoma says he works with the organization to calculate the tour’s carbon footprint and explore ways to minimize the effect.

“We’re thrilled to be actually removing the remaining carbon with our partners in Finland, and continuing to find new ways and technologies to solve this global problem,” says Tom Lagergren, AKA Matoma.

So how exactly does that work? That’s where the partnership with CHOOSE comes in.

Unavoidable emissions will be overcompensated and offset through carbon capture and storage projects in Finland. The emissions from this tour will reduce twice as much as the initial footprint, removing 20 tonnes of CO2 from the air.

In addition to removing unavoidable emissions, Matoma also has a Green Touring Checklist.

The checklist is designed to reduce emissions while touring by setting guidelines for the crew. These include vegetarian meals, using public transport where possible, and booking in sustainable hotels. Electricity consumption and recycling products while on tour also appear on the checklist.

The Matoma US tour starts in Austin, Texas, on January 16. Tickets for the climate positive tour are now available on Matoma’s official website.