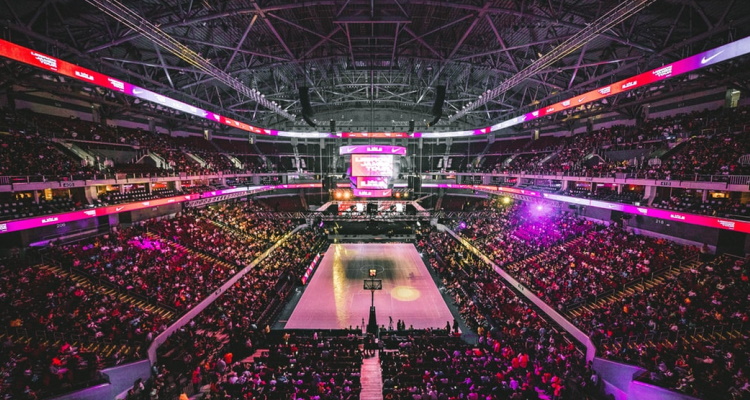 Apple Music just announced a new deal with the NBA, starting with an exclusive playlist. The war for music streaming services to differentiate themselves is on.

Yesterday, Spotify announced a playlist generator for pet owners everywhere. Today, Apple is responding with something far more substantial: a partnership with the National Basketball Association.

Apple Music will create a playlist featuring independent artists culled by urban- and indie-focused UnitedMasters. The Base:Line playlist contains 40 songs with a hip-hop vibe, and will see a weekly refresh.

Playlist tracks will be promoted on the NBA app and website.  Select songs will also be included on in-game highlights shared on social media.

Sources say Eddy Cue, Apple’s Services Chief, was instrumental in getting the partnership. Cue says the playlist is designed to support emerging ‘urban artists.’ Apple Music will maintain the playlist, but many tracks will come from UnitedMasters.

“There’s more supply than the conventional legacy labels can handle,” he told Bloomberg. “Artists today are getting to audiences before getting to a record company.”

Partnerships like these may bring in new fans who enjoy the music heard during highlights. This new playlist may be Apple’s way of differentiating content from chief rivals like Spotify and Amazon.

Exclusive podcasts are another battleground where music streaming companies are fighting to be different. Even Amazon and Pandora are on the podcast gravy train.