R.E.M. ‘Exploring All Legal Avenues’ To Stop Trump from Playing Their Music 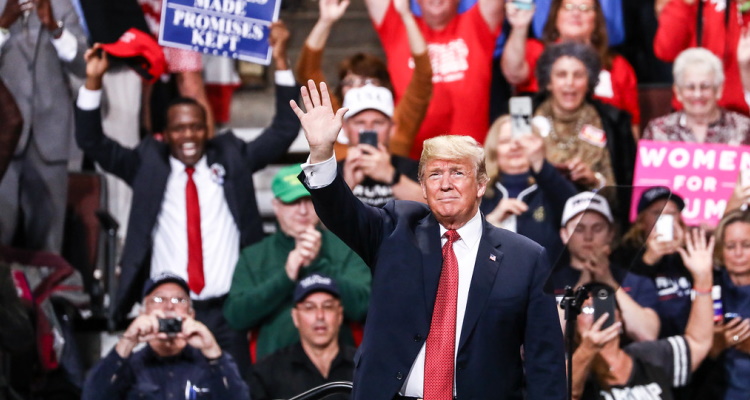 Mike Mills, who is the bassist of R.E.M and one of its founders, says that the band is “exploring all legal avenues” to prevent President Trump from using the group’s music at public rallies.

In a Twitter post, he wrote: “We are aware that the President* @realDonaldTrump continues to use our music at his rallies. We are exploring all legal avenues to prevent this, but if that’s not possible please know that we do not condone the use of our music by this fraud and con man.”

The post was seemingly in response to the president playing “Everybody Hurts” and “Losing My Religion” at a recent campaign rally in Milwaukee, Wisconsin.

The band, however, apparently has an uphill battle on their hands. This is because the president (and anyone else) is legally allowed to play R.E.M.’s music in public, as long as the venue has a public performance license from ASCAP, BMI, SESAC, or whomever represents R.E.M.’s catalog.

According to legal experts, there is no court precedent that would force Trump to cease-and-desist playing the band’s songs.

This is not the first time that the band has spoken out against Trump’s use of their music. In 2015, R.E.M. insisted that they did not “authorize or condone” his use of “It’s The End of the World as We Know It (And I Feel Fine)” at a campaign rally.

In February of last year, the band asked Twitter to take down a video that the president posted that used “Everybody Hurts.” They were successful in this case because sync licensing rules for using music in videos is different than statutory licensing parameters surrounding public performances. Sync licenses require explicit permission from the copyright owners, while public performances do not.

R.E.M. isn’t the only band attempting to block their music from being played at Trump rallies. Other artists who have also asked the president to stop using their music include: