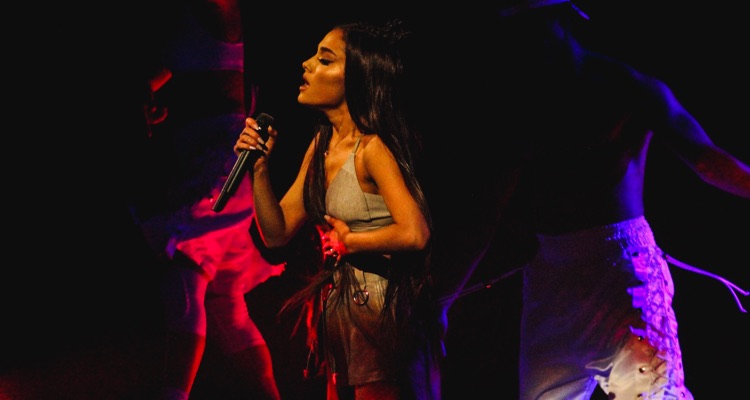 A rapper is suing pop star Ariana Grande for copyright infringement, claiming that she copied the chorus of “7 Rings” from one of his songs.

The suit also names Universal Music Group as a defendant as well as several others.

Josh Stone, who performs under the stage name DOT, is claiming that the following lyrics from “7 Rings,” which Grande repeats multiple times in the song, were copied from a song that he wrote and recorded in 2017 called “You Need I Got It”:

In Stone’s lawsuit, filed in the U.S. District Court’s Southern District of New York, the rapper claims that he played his song to music producer Tommy Brown, who has been known to work with Grande.

Stone further claims that a pair of forensic musicologists have concluded that the rhythms and the notes in the two songs have considerable similarities as well.

His suit states: “Literally, every single one of the 39 respective notes of ‘7 Rings’ is identical with the 39 notes of ‘I Got It’ from a metrical placement perspective. Said another way, the rhythm and placement of the notes and lyrics are identical.”

“7 Rings” has reportedly generated over $10 million in revenue. The song was nominated for a pair of Grammy Awards, among the five nominations that Grande received in total.

Interestingly, the late Richard Rodgers and Oscar Hammerstein received a songwriting credit for the track because it samples “My Favorite Things” from the duo’s famed musical The Sound of Music.

So far, neither Grande nor her representatives have issued statements in response to the suit.

Grande also recently made news when Eminem released a song that made reference to the 2017 bombing at the singer’s show in Manchester.