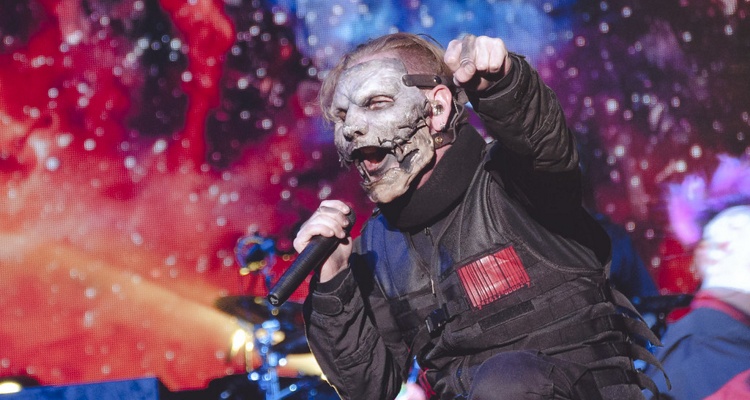 Slipknot appeared at Hydro on Saturday in Glasgow, but fans are pissed at some of the restricted items on the list. The venue published a list of banned clothing articles ahead of their performance. The ban included spiked collars, large belt buckles, and large chain wallets — pretty much mandatory fashion for most Slipknot fans.

The full list of banned items included laser pointers, fireworks, candles, signs, whistles, and the clothing mentioned above. Spikes in general on any article of clothing are prohibited, as well as chains and ‘sharp-pointed rings.’

The strict dress code is even drawing criticism from other industry promoters. Donald MacLeod, an owner of two other clubs in Glasgow, describes the list as a joke.

“We’ve never had issues like this on the dress [code]. It’s incredible. I must admit I burst out laughing and thought this was a joke,” MacLeod said.

Hydro is defending the move and says the ban is in line with similar restrictions at other UK venues.

Slipknot is careful about which venues it selects to perform. Last year they canceled a performance in Mexico at KnotFest over security issues. Evanescence joined them in canceling their appearance over a broken barricade. Social media reports suggest a group of fans were able to climb on stage and dismantle a drum kit, setting it on fire. The move prompted Slipknot to enact stricter scrutiny on security measures.