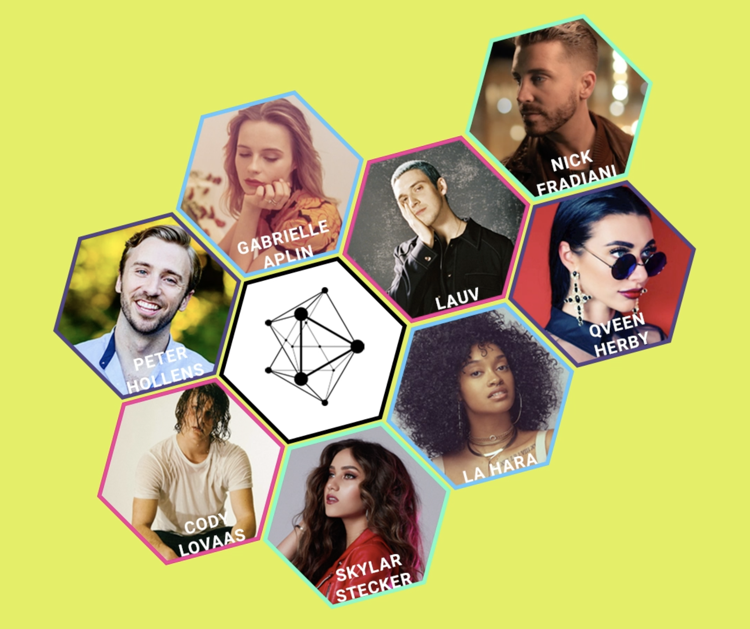 Last time we reported on Thematic, the company had generated more than 1 billion song plays for its artists.

Now, that number has surpassed 2.5 billion, just one of several impressive stats being shared by the company this week. It’s all part of a collaborative ecosystem that focuses on feeding the UGC creator economy found on platforms like YouTube and Instagram, while stripping out the licensing landmines.

And for anyone working in the weeds of platforms like YouTube, getting ‘demonetized’ is always a lurking danger. Given the extreme murkiness of music licensing, it can easily strike the most diligent of content creators, even those working with ‘royalty-free’ libraries (including YouTube’s own).

Which is where Thematic stepped in. Co-founder Michelle Phan built one of YouTube’s most successful channels, but in 2014, she found herself battling Ultra Records over music she thought was properly cleared (and, by the way, so did Ultra artists like Kaskade).

A few years later, Thematic is solving the licensing problems that riddle YouTube and other platforms. The result is a licensing safe-space for content creators that aims to democratize music distribution beyond predefined channels like Spotify, while heightening fan engagement and conversions in the process. Artists get featured by influencers, who safely play Thematic-repped music while boosting musical careers in the process.

“Thematic’s platform allows me to enhance the creative quality of my videos without the anxieties of copyright claims. As a creator, I get to focus on allowing my art to reach their potential while collaborating with musical artists who wish to do the same,” content creator Hailey Sani tells us.

Crossing the billion-mark was a major accomplishment for the startup, though just six months later, the number of listens has ballooned past 2.5 billion.

According to Thematic’s co-founder and CEO Marc Schrobilgen, Thematic has also converted more than 1 million listeners into new fans for its artists.

“As an indie artist, it can be really hard to have your music reach new audiences organically. I found Thematic to be a great way to get my music out through the power of digital creators, and I have also made new friends along the way,” shares indie singer/songwriter Elli Moore.

There’s also a crowdfunding campaign that surpassed its minimum funding amount of $50,000 in its first two weeks. That microfinancing round was generated by nearly 190 backers, mostly made up of Thematic’s current users, though we’re guessing that larger investors will eventually join the party. Already, Thematic has been accepted into the 500 Startups’ accelerator program, and the company has also joined forces with DMN to further expand its revenue streams to artists. 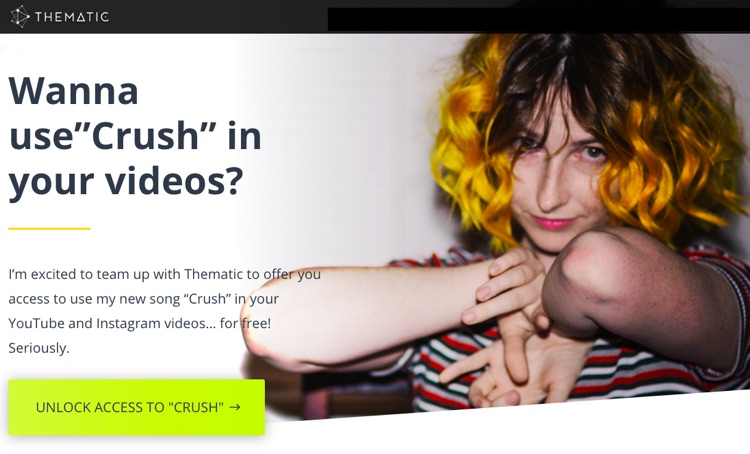 One way Thematic can track artist success is by watching resulting streams on Spotify and Apple Music.

But instead of gunning for playlists, Thematic is trying to crack a more beneficial model for artists.

Spotify has the power to dramatically increase an artist’s success, just by adding that artist to a heavily-subscribed playlist. But that ‘success’ is often characterized by lots ‘empty listens’ for artists — with fan engagement missing and resulting tours ill-attended. But what if music is better matched to targeted demographics, on influencer channels already super-engaged with their audiences?

Schrobilgen pointed to an entirely different matching process at Thematic. Instead of plopping a song onto ‘Today’s Top Hits,’ Thematic’s team mixes algorithms and curation to match music to its creators’ content. That can involve feeding recommendations to an influencer based on previous syncs, the preferences of the creator, or simply the influencer’s own listening preferences.

The result is a more tightly-matched demographic for the artist, with the creator getting better-fitting music (and zero licensing headaches). That’s the first-level win Thematic pushes for, though participating artists can then springboard from the successful campaigns that result.

“Nothing has been more monumental in the consistent and steady growth of my listeners, followers, viewership, and engagement quite like Thematic. They have filled a gap in the music and influencer industry that most do not even realize is there,” singer/songwriter Madeline Lauer told us.

“Influencers who enjoy and pick my music generally have a following that matches my own target audience. When the viewers like and want to know what song is playing in a video, all they have to do is look and see what artist and song is tagged. Naturally leading them to my platforms to discover me as an artist organically.”

Successful audio-visual match-ups make videos better, but they can also generate data that can be leveraged into lucrative sync deals.

It also makes the job of pitching to streaming services easier, while generating analytics on what fans actually like.

One example of this comes from Thematic artist Tessa Violet (picture above), who successfully leveraged a royalty-free offering of her song “Crush” on both YouTube and Instagram. That quickly set the wheels in motion for inclusion in top-ranked Spotify playlists and YouTube’s Artist on the Rise program, and eventually headlining her own tour.

Of course, both are enormously important components of the UGC creator economy. But increasingly, they’re not the only ones. Accordingly, Thematic is setting its sights on the entire pie, with mega-platforms like TikTok, podcasts, and even self-contained networks like Peloton part of the broader build-out. 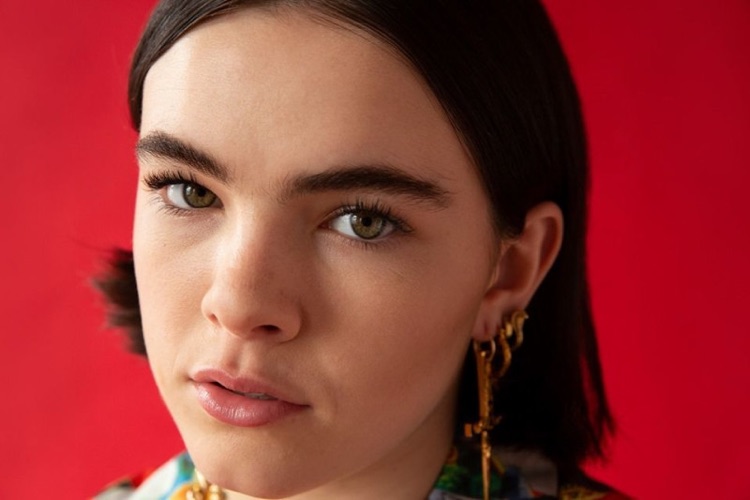 Just recently, Thematic secured placements on TikTok influencer accounts for a song by artist Benee. The track, ‘Glitter,’ has since grabbed an audience reach of more than 22 million, with more than 1.1 million views and 90,000 hearts. In total, nearly 450,000 fan videos using the song were created. It even became a viral dance challenge, with mega-influencers like Sarah Magusara popularizing the track.

In the case of both Benee and Violet, there’s a two-way street. Schrobilgen noted that musicians are influencers as well — and always have been. But that fandom simply isn’t being tapped effectively, especially with so much focus on walled-off streaming platforms.

One place fandoms are being tapped into effectively, however, is Asia. BTS and other mega-successful K-pop groups quickly come to mind, with artists developing fanatical fanbases and then establishing strong links with them.

“It’s all about fandom,” Schrobilgen remarked. “You are seeing a huge shift in the music business. UGC is now the main driver to build an artist’s fanbase and the data that comes along with it is being leveraged to monetize the artist’s personal brand.”

Now, Thematic hopes to bring that ultra-successful mentality to the West. And, develop a platform that emphasizes fandom ahead of playlists and other traditional artist growth outlets.