Tyler, the Creator Slams the Grammy ‘Urban’ and ‘Rap’ Categories — ‘It’s the Politically Correct Way to Say the N-Word’ 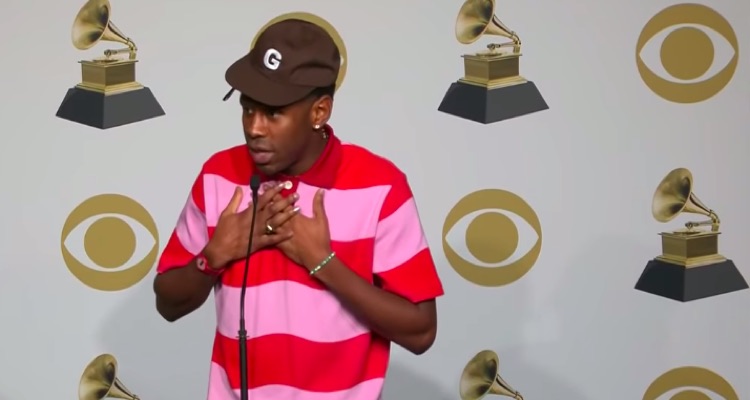 Tyler, the Creator is happy with his Grammy, but dissatisfied with its categorization.

Tyler, the Creator has mixed feelings about the Grammy Award he took home on Sunday for ‘Best Rap Album.’

In an interview, the 28-year-old admitted that he is “half and half” on the honor — appreciative because his latest album, Igor, was recognized on such a large stage, but not wholly satisfied with the Grammy Awards’ categories.

He went on to voice his disapproval of the Recording Academy’s classification of Igor, saying: “Whenever we—and I mean guys that look like me—do anything that’s genre-bending or anything, they always put it in a Rap or Urban category.” Further, he criticized the “Urban” component of the award title by stating, “It is just the politically correct way to say the n-word to me… Why can’t we just be in Pop?”

Tyler, the Creator isn’t the only artist who’s unhappy with the Recording Academy and the Grammys.

Taylor Swift, Beyoncé, and Jay-Z boycotted the event, and Diddy gave a fiery speech at a pre-ceremony gathering, calling out what he believes is widespread unfairness in the nomination and selection processes. He said that this unfairness especially affects hip hop, which “has never been respected by the Grammys.”

Many have criticized the Grammy Awards in the past, but this year’s ceremony was met with an unprecedented amount of controversy, chiefly because ousted Recording Academy CEO Deborah Dugan went public with damning allegations of corruption, sexual harassment, a sexual assault coverup, and more. True or not—the lawsuit she filed should provide more answers—Dugan’s serious accusations, particularly of vote-rigging, probably made it easier for Diddy and Tyler, the Creator to speak candidly.

The televised portion of the Grammys was mostly free of controversy. The night’s biggest story was the stellar performance of Billie Eilish, who took home five awards, including the top (and final) four Grammys: ‘Best New Artist,’ ‘Song of the Year,’ ‘Album of the Year,’ and ‘Record of the Year.’