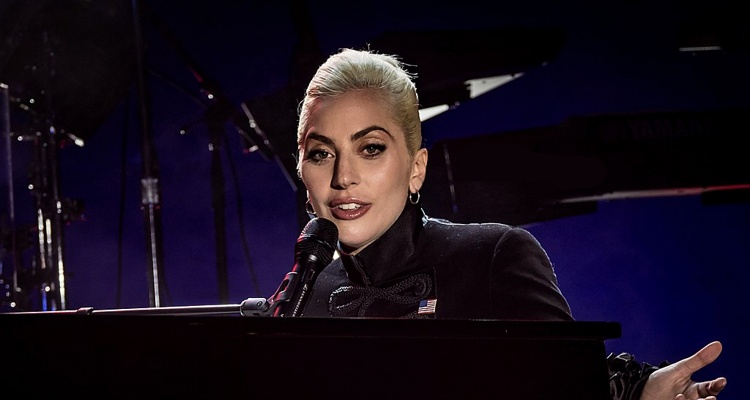 Lady Gaga caused an uproar on social media when she tweeted ‘pirated’ stock photos. The singer used the images to criticize fans who listened to her leaked song early.

The singer’s newest song, “Stupid Love” leaked on the internet and soon went viral. While Twitter worked hard to take down copies being shared, new copies continued to pop up. Gaga tweeted “can y’all stop” with a stock image of a girl listening to music while wearing a ski mask. 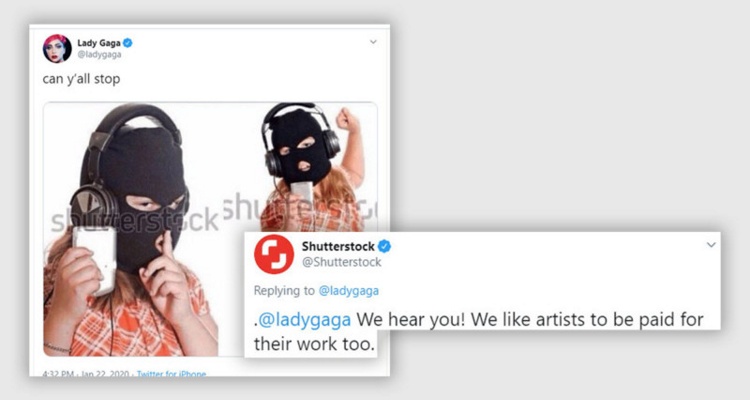 The tweet asked fans to stop spreading the leaked track and participating in music piracy. The irony is that Gaga didn’t properly license the stock photo she tweeted. The Shutterstock watermark is visible on both images in Gaga’s tweet.

Shutterstock replied to Lady Gaga, pointing out the hypocrisy on the singer’s behalf. She wants to get paid for fans enjoying her music. However, she couldn’t bother to pay a photographer for his image, which she then tweeted to 80 million followers.

“@LadyGaga, we hear you,” the tweet reads. “We like artists to be paid for their work too. Here’s a link to the photographer’s work where you can license these quality images,” the stock photo company tweeted.

Gaga’s fans wouldn’t let the clap back stand, though. They began harassing the official Shutterstock Twitter account, accusing the company of taking advantage of the singer. (Lady Gaga has a net worth of $300 million in 2018, I think she can pay for her own stock images.)

Fans argue that the tweet qualifies as ‘free promotion’ for Shutterstock since the watermark is still there. The original photographer even chimed in on the controversy, editing the images to include Gaga’s message. No harm no foul if the author of the content is okay with it, right?

While he may be good-spirited about the event, Shutterstock’s message is an important one. All artists deserve to be paid for their work, whether they create music, take pictures, or code software and apps.