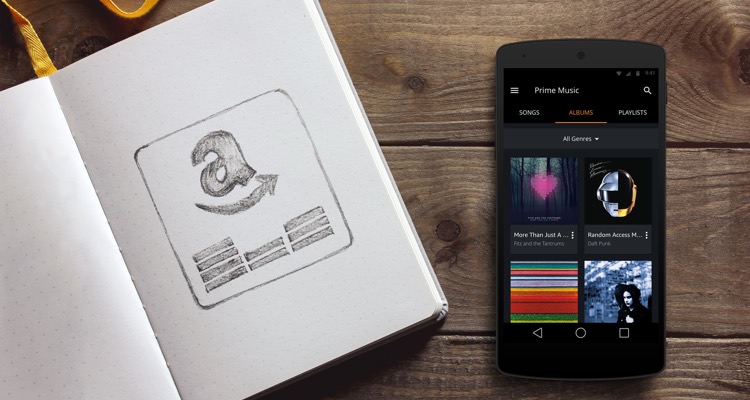 Sick of a world created by influencers and tastemakers? It’s about to invade Amazon Music if this patent filing is any indication.

Amazon first filed for this patent back in 2013, with the intention of algorithmically helping music discovery. Now, the filing is being updated and tweaked.

The patent filing says the sales, consumption, and popularity of media items experience “a large amount of inequality.” Only a small number of media items become very prominent and enter the pop culture lexicon.

Amazon wants to solve that problem by creating algorithms that can identify ‘early adopters’ of obscure media. The idea is to introduce these tastemakers to new obscure media they might like, based on past listening preferences. The algorithm can then “determine media items that are likely to become popular in the future based on habits of early adopters.”

Music led by early adopters and influencers sounds like a nightmare, but it may be the future at Amazon Music.

The new algorithm will provide recommendations to users from media items that are “predicted to become popular in the future.” That means a new song doesn’t even have to be popular yet, but Amazon will push it to influencers to try and help it along.

The whole goal of this patent is to identify users that repeatedly engage with media. For example, Amazon’s algorithms may create a profile that helps determine its enthusiastic customers’ musical tastes. The patent isn’t solely exclusive to recognizing music tastes, though.

Amazon’s algorithm may detect buying a new album day one and show you more similar content. Consistently interacting with media on Amazon may brand users as an ‘early adopter.’

These algorithms “utilize acquisition and consumption histories of early adopters to identify relatively unknown or obscure media items or media item creators that have a high potential for becoming popular in the future.”

Many early adopters’ habits are then correlated to rank creators on a scoring algorithm to determine their potential popularity. This popularity prediction relies on accurate data generated by the early adopter identification engine.