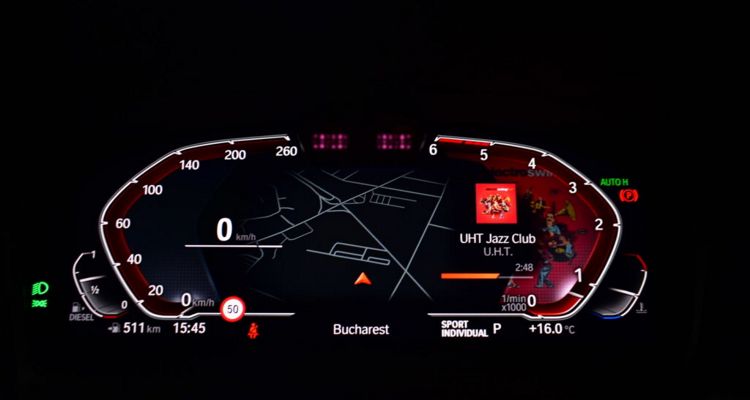 BMW is bringing a new Connected Music in-car streaming service to its high-end models. But neither Apple, Amazon, nor Google are part of the fun.

Connected Music offers in-dashboard music streaming at no charge for three years. That includes unrestricted use once the car has left the lot. BMW says no additional data or roaming charges are applicable for the service during that period.

The BMW Connected Music streaming service is launching in 14 European countries to start.

Users can access their music libraries from Spotify, Napster, or Deezer directly on their BMW with OS 7.0. Users can log in using their premium subscriptions to any of the services mentioned above. All personalization, settings, and playlists can then be displayed in the dashboard.

Connected Music relies on the embedded SIM card in each BMW for the needed internet connection. That means users will see no extra charges incurred on their smartphone bill.

This feature also makes it possible to store the playing song on the car’s internal hard drive. Even if the connection is lost while the song is playing, the music still plays. Users can also store playlists for offline playback.

That’s bad news for anyone using those services, a number that easily crosses 100 million worldwide.

The Connected Music system is also integrating directly with BMW’s personal assistant. This latter point may be why streaming services from the Big Three tech companies are missing. Apple, Amazon, and Google each have their own personal assistant to peddle along with your premium music subscription.

So far, BMW has made no announcements for when the service will be available in the United States. For now, Connected Music is limited to Spotify, Deezer, and Napster. Support for TIDAL, Qobuz, and other niche-streaming services is unknown at this time.

“Hopefully, in the future, BMW will integrate more online streaming services into Connected Music, such as Apple Music,” the BMW blog post reads. There’s no timeline for that integration, or any explanation for why BMW isn’t including all streaming services.