VR Headset Sales Drop Over 40% Compared to Last Year — Why? 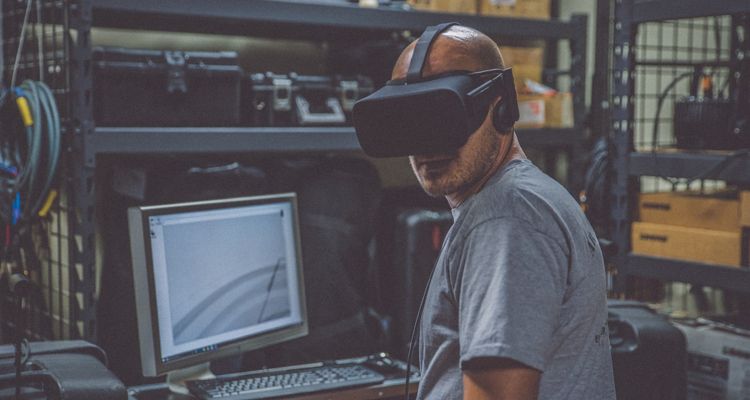 The PlayStation VR and Oculus Quest were the two most popular VR headsets last year. But sales this year are down 42.5% since 2018 between those two contenders. Here’s a peek at the top five VR headsets – notice the considerable drop between second and third place. 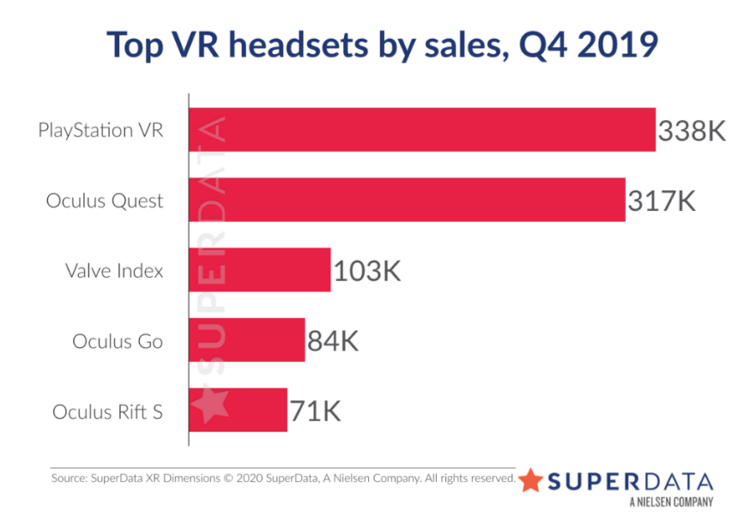 The top five VR headsets only sold 913,000 units between them in Q4 2019. Data from Q4 2018 suggested 1.4 million from just Sony and Facebook VR headsets. That’s a grim drop in sales in the category as a whole, though at this stage, it’s hard to discern if a broader decline is happening.

The new Valve Index sold 149,000 units in all of 2019 after Half-Life: Alyx was announced. The device is currently sold-out worldwide, despite its more than $1,000 price tag. The Oculus Quest sold 705,000 units during 2019, making it the most popular of Facebook’s VR offerings.

“The simplicity of the Quest appealed to mainstream consumers and made it a hot holiday gift item,” SuperData’s report reads.

Interestingly, the Oculus Quest is stepping up as the entry-level VR headset. Samsung’s Gear VR used to dominate this category three years ago; now Gear VR is essentially dead in the water.

Despite the decline in sales, analysts believe VR sales will continue to rise through 2023. SuperData sales projections say the category is likely to grow significantly over the next three years.

Revenues are expected to hit close to $15 billion as Microsoft’s mixed-reality HoloLens headset becomes available. Mixed-reality headsets are of much interest to the VR music industry.

Several companies are creating live concert experiences that can be experienced again and again using these VR headsets. While sales may be down in 2019, demand for VR is likely to go up as it becomes more affordable.