What Song Was Playing In That Super Bowl LIV Commercial? 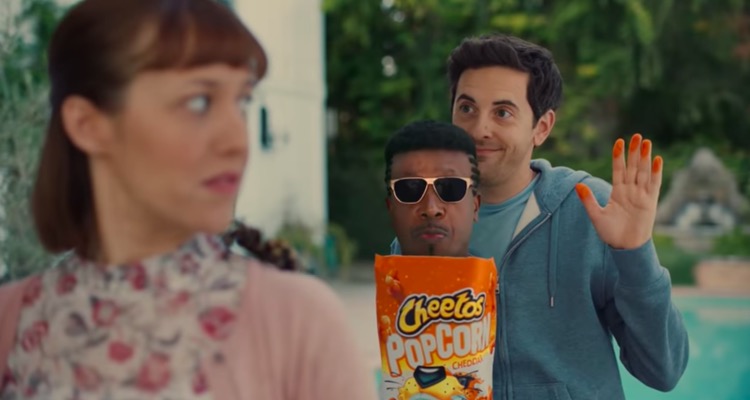 Here’s a list of the songs (and their corresponding artists) featured in Sunday’s Super Bowl LIV commercials.

Congratulations to all the artists, composers, labels, and publishers who scored Super Bowl LIV music licensing deals! Here’s the rundown of the songs included for the big game’s commercial spots.

The background track in Budweiser’s “Typical American” ad is “Crescendo” by SebastiAn.

Google’s ‘How to Not Forget’ Commercial

The non-vocal portions of A Great Big World’s “Say Something” play during Google’s “How to Not Forget” commercial.

Heinz’s four-screen spot is accompanied by “Reach Out, I’ll Be There” by The Four Tops.

Hyundai’s ‘Smaht Pahk’ commercial, which includes cameos from The Office’s John Krasinski and Red Sox legend David Ortiz, is complemented by some old-school riffs from The Standells’ “Dirty Water.”  Rachel Dratch and Chris Evans are also featured in the spot.

Microsoft’s ‘Be the One’ Commercial

“Be the One” plays in the background during Microsoft’s commercial of the same name. San Francisco 49ers assistant coach Katie Sowers is featured in the spot. The custom-recorded track isn’t yet available for purchase/download.

The League’s celebration of its 100th anniversary features a young future superstar adorned by legends of the past.

Pepsi Zero’s “Paint it Black” (with Missy Elliott and H.E.R.)

H.E.R. and Missy Elliott’s “Paint it Black” variation is certainly stuck in millions of Super Bowl viewers’ heads, but it’s unclear if the track will have a full release; at the time of writing, the whole song hadn’t been made available by Pepsi.

Snickers’ “The World is Out of Sorts” Commercial

Snickers’ innovative solution to fixing the world is accompanied by an original song, but it’s unclear when (or if) it will be officially released.

Smulders saves stranded heroes in one desperate cinematic scene after another.  After a Hollywood-style action sequence, the spot ends with a lesser-known soul song.

Song: “Love Is the Reason A”

There’s no better adjective than “multifaceted” for an ad that features Buzz Lightyear, Lego figures, Bill from Bill and Ted, aliens, a talking pug, R2-D2 and C-3PO, and much more.

Song: “Sure Feels Good to Me”

Warrant’s “Sure Feels Good to Me” plays at the spot’s beginning, and what sounds like Slim Whitman’s yodeling plays at the end, though it could be a different, similarly talented artist.