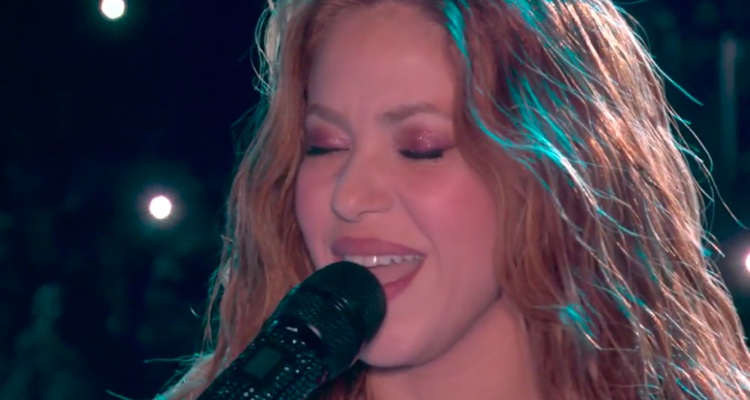 It seems that Lady Gaga’s request for Jennifer Lopez and Shakira to forego lip-syncing fell on deaf ears.

Just days before the big game, Lady Gaga demanded that Shakira and Jennifer Lopez forego lip-syncing and actually sing live.  But following the Super Bowl LIV Halftime Show, which included 10 songs and intricate dance routines, some viewers took to social media to point out that portions of J.Lo’s vocals — and especially Shakira’s singing — appeared to be lip-synced.

Shakira in particular drew criticism during a solo singing episode (see video below), in which her lips appeared ‘out-of-sync’ with the actual singing being heard.

“Who chose Shakira?” one tweet roasted.  “She can’t even lip sync correctly.”

Another blasted: “I like Shakira but such a bad lip sync scenario.”

Those comments were just the tip of the iceberg.  But while it can’t be said with certainty that lip-syncing and background tracks were used in the performance, there are a couple reasons (besides the appearance of lip syncing) to believe that the artists had a bit of extra help.

First, other halftime acts have admitted to using pre-recorded tracks.

Red Hot Chili Peppers bassist Flea said that his band’s 2014 Super Bowl show featured authentic vocals, but that the guitar and bass weren’t plugged in. Flea indicated that the NFL made supplemental sounds a condition for the performance — meaning that the league wouldn’t have moved forward if the Chili Peppers refused.

Next, although J.Lo and Shakira are talented and experienced, it’s unclear if they — or any other professional artist — possess the endurance, coordination, and air capacity to switch between dancing, instruments, and singing so rapidly over the course of 15 minutes. Indeed, a little bit of supplemental assistance would go a long way.

Bear in mind that 120 seconds into the show, Shakira had executed an intricate dance routine, sang (or synced) powerfully, worked the guitar, and started with her rope, before beginning a different dance sequence. That’d be a long two minutes for any artist — especially if he or she had to sing.

In short, there’re quite a few reasons why musicians take breaks during their concerts — and that’s when they don’t have to account for fast-paced dancing. Shakira and J.Lo seem to have been aided by background music, but realistically, could they have done without it?