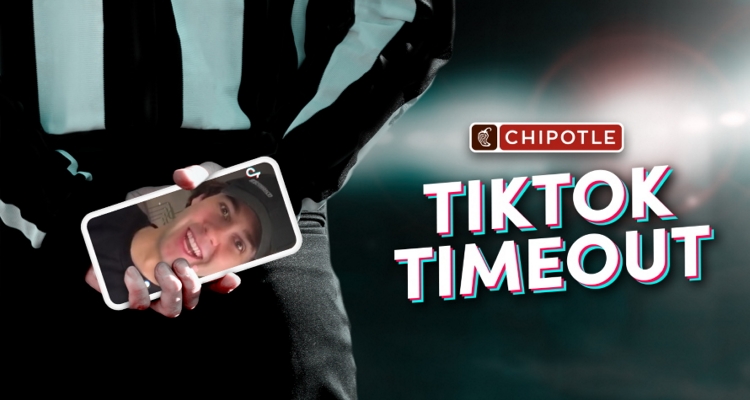 The campaign appeared during commercial breaks after each timeout. It featured content from some prominent TikTok personalities, all creating their rendition of Bieber’s new single.

Chipotle says the Super Bowl ad campaign reached a combined audience of 95 million. It generated more than 2.5 million engagements among those who saw the ad. Of course, it helps that Bieber tweeted the new campaign and posted twice to Instagram about it shortly before the game began.

Chief Marketing Officer for Chipotle, Chris Brandt, says advertising to younger audiences via smartphones is crucial. He’s not wrong — TikTok is the fastest-growing social media company among the 13-24 age range.

Perhaps the real zinger here is that Chipotle paid TikTok owner ByteDance and Bieber, not CBS or the NFL. That speaks volumes on how hyper-engaged TikTok users are. Even alongside the biggest televised event of the year, users are skipping CBS-fed commercials and diving back into the app. Major advertisers and their agencies are undoubtedly taking note.

TikTok has continually outpaced competitors like Facebook, Instagram, and Snapchat. The death of Vine and the resurgence of TikTok fills a video-driven niche for younger audiences.

Justin Bieber used his “Yummy” release to announce his arrival on TikTok. Much of the content posted on his account features the song in the background. But some TikTok users are finding the blatant attempts at making the song go viral very off-putting.

It’s pretty apparent Bieber is hoping to be 2020’s “Old Town Road” with this partnership. He doesn’t need TikTok for “Yummy” to be successful, but I think it’s doubtful the song will go viral. The attempt feels very manufactured, just like this partnership with Chipotle that lasts for an entire month.

I’m not even entirely sure a viral success like “Old Town Road” is possible anymore. The TikTok community embraced Lil Nas X and his new song in a perfect storm environment of organic engagement.

TikTok has grown so popular that now the company has a separate music division to meet with artists and give them tips on how to exploit the platform. That’s not to say songs won’t go viral on TikTok ever again — just that they may have a stench of fakeness about their ‘viral success.’