Musician Seeking ‘Good Publicity’ Shouts ‘I Have Coronavirus!’ on a Plane 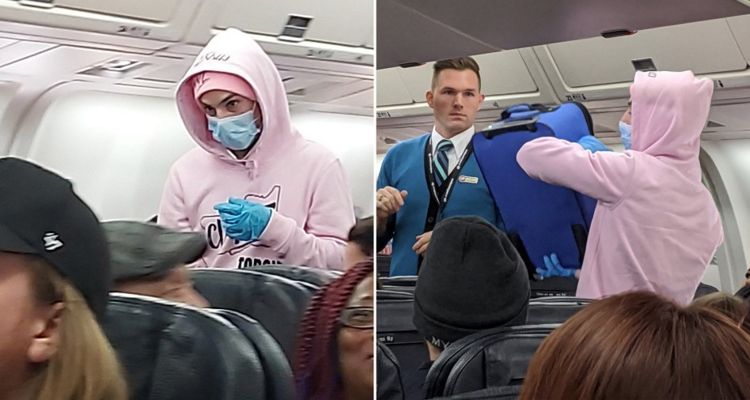 A 28-year-old aspiring musician decided to announce he has coronavirus for an Instagram video.

A flight from Toronto to Jamaica was forced to make an emergency landing after the stunt. James Potok stood up and made a declaration to 243 fellow passengers.

“Can I get everybody’s attention, please. I just came back from Hunan province, the capital of the coronavirus. I’m not feeling too well. Thank you,” Potok announced to fellow passengers.

Potok made sure a camera was rolling to film the stunt, which Potok admits was for ‘good publicity’ and to post on Instagram. Potok said he hoped the ‘prank’ would go viral on the social network after sharing the video with his 38,000 followers. The stunt drew to a close with him receiving an escort from the plane wearing a mask and gloves.

He was arrested and charged with mischief after the plane was forced to land. A second flight delay and cancelation happened as a result of the ‘prank.’

When speaking with City News in Toronto, Potok said: “It would be something else if I said ‘hey guys I have a bomb strapped to me, I have a weapon on me,” he said. “People blew it out of proportion. To me, it was simply a joke.”

Potok admits he was shocked when no one on the flight laughed. Within 15 minutes of his announcement, cabin crew sported masks and asked him to wear one as well. Videos from other passengers soon appeared on social media, showing the musician escorted off the plane after coronavirus threats.

Potok apologized “for his ignorance” about the epidemic that is currently spreading across China. He says he didn’t know his little ‘prank’ was illegal or would warrant the response that he received.

“In retrospect, it probably wasn’t the best thing to do,” he said. The United States is currently evacuating its citizens from China, where 24,000 cases and nearly 500 deaths have been reported. All but two of the deaths reports are from mainland China.