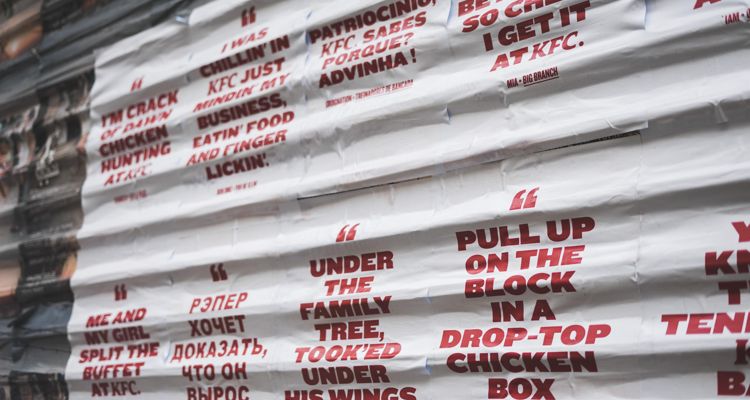 KFC ads just popped up on Spotify Premium, thanks to a ‘hack’ of the ad-free service through artist partnerships.

Spotify Premium costs $9.99 in the United States and is intended to be ad-free. However, a Dubai-based ad agency working for KFC Arabia exploited a loophole to showcase ads for a fried chicken sandwich.

The ad campaign worked with three of the top artists in the region to perform a ‘page takeover.’ Artists Flipperachi, Moh Flow, and Shébani all participated — transforming their headers, album covers, and profile avatars into KFC ads. 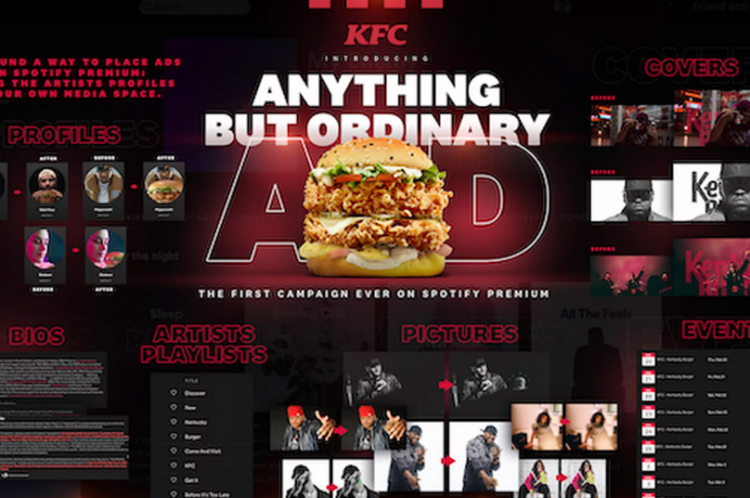 “By hacking a platform where ads are not allowed, we gave the Kentucky burger the campaign it truly deserved,” the press video about the campaign states. The campaign did more than just display ads to users, though. Artist bios also read like menu ingredients. Upcoming events directed users to visit KFC locations, hijacking concert dates as well.

It’s a gross misuse of the platform, and something Spotify is likely to address. KFC’s premium loophole is likely to be a short-lived stunt.

This ‘page takeover’ isn’t the first time KFC has turned to Spotify for its advertising push. In France, advertising agency Sid Lee worked on a ‘Bucket Bangers‘ Spotify playlist. The advertising initiative featured lyrics that mentioned the KFC brand, which popped up all over France. Those ads encouraged people to give the new playlist a listen, ultimately benefitting Spotify.

This new ‘hacking’ of a supposedly ad-free platform is becoming more and more common. Last year, North Face gamed Google Image results by replacing popular images on Wikipedia with their products. The stunt drew harsh criticism and comparisons to vandalism for product promotion.

And isn’t that technically what happened here?

Sure, the artists receive compensation to put KFC burgers on their profiles — but users also pay for an ad-free experience from Spotify. If the Spotify Premium KFC ads had popped up in the United States, I think users would be seriously pissed.