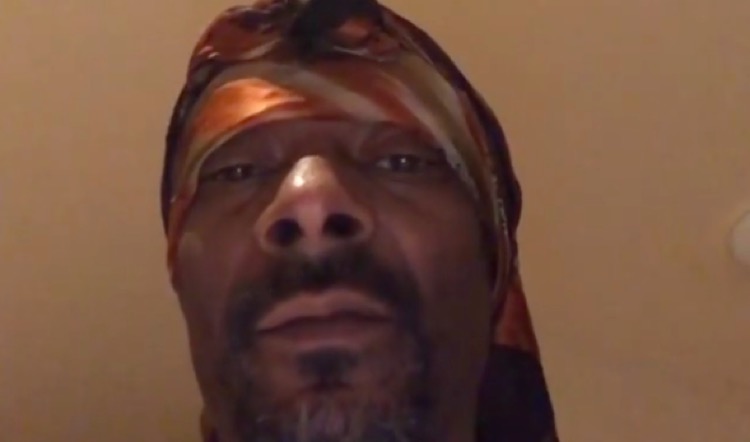 In the wake of an official response from CBS and widespread outcry, Snoop Dogg has backed away from threats he issued to CBS This Morning host Gayle King.

Last week, King interviewed former WNBA star Lisa Leslie, and a clip of their time together was released by CBS. This brief video represented a small portion of the interview and included a discussion of the late Kobe Bryant’s legacy, particularly with regard to the 2003 sexual assault allegation made against him.

Shortly after the interview excerpt debuted on social media, Snoop Dogg took to Instagram and offered an expletive-laced rebuttal that criticized King (as well as Oprah Winfrey) and ended with a clear-cut threat:

“Respect the family and back off…B—- before we get you.”

The backlash against Snoop Dogg has been swift.

CBS News President Susan Zirinsky released a statement condemning the threats made against King, and actress and comedian Amy Schumer voiced her support for King through an Instagram post. Cory Booker, a New Jersey senator and former 2020 presidential candidate, implored King’s opponents to “check your misogyny,” and former National Security Advisor Susan Rice bluntly told Snoop to “back the f— off.”

On the heels of this considerable controversy, Snoop Dogg posted another video, in which he reiterated his belief that King’s interview was “very disrespectful towards Kobe Bryant and his family,” but that he doesn’t “want no harm to come to her.”

Gayle King, for her part, criticized CBS’s higher-ups and marketing team for posting the clip without the benefit of the whole interview; at the time of this piece’s writing, CBS This Morning’s YouTube account hadn’t made the entire King-Leslie dialogue available.

Kobe Bryant passed away on Sunday, January 26th, at the age of 41.

Bryant and eight others, including his 13-year-old daughter Gianna, were flying via helicopter to Thousand Oaks, California, when it went down. The crash’s cause was attributed to thick clouds, fog, and the helicopter at-hand not being equipped with the latest safety equipment, which may have alerted the pilot that he was descending too quickly.

During last night’s UFC 247 event, Bryant, a UFC investor, was honored with a tribute.