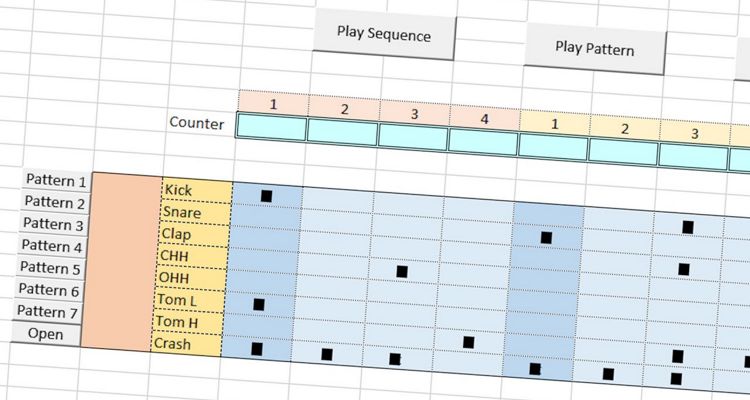 He released a functional drum machine using Excel, spawning a wave of DAW memes. Tallchief decided to take up the challenge with an Excel DAW dubbed ‘xlStudio.’

Usually, musicians rely on an entire software suite like Ableton or FL Studio for making music. But xlStudio handles everything you need for basic compositions. Tallchief features a cover of a-ha’s “Take On Me” to demonstrate his spreadsheet.

xlStudio features playback controls, a looping function, and the ability to solo and mute tracks. Global settings also handle the track’s BPM, legato, swing, and output routing. xlStudio even features the ability to export to .als to continue your music-making in Ableton.

The spreadsheet itself is more robust than you would expect – each track has a submenu for volume and instrument sound. Despite all the customization features, there are a few limitations.

For one, xlStudio can’t load any plug-ins. That makes it less functional than a standalone DAW. It takes serious talent to transform the idea of a meme into reality, though.

You can try out xlStudio for yourself by downloading it from Google Drive. While having a digital audio workstation in Excel is interesting, I think the name is something of a misnomer. It’s more like a multi-track sequencer rather than a DAW. A full DAW must have the ability to record and handle audio tracks as well as sequenced tracks.

Some YouTuber users are also complaining that the Excel spreadsheet doesn’t seem to work on Mac. We’ll leave it up to Tallchief to fix those errors, but ladies and gentlemen – the DAW Excel meme is alive and well.