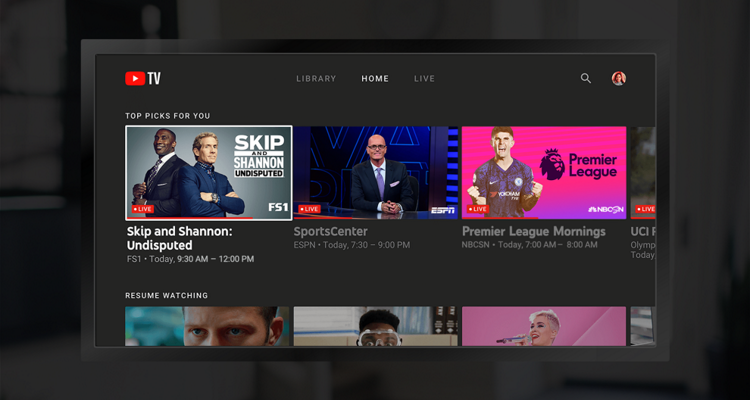 “You’ll be billed for one final month of service, and then your in-app purchase subscription will be canceled automatically on your billing date after March 13,” the email reads.

The App Store revenue share model of 30% to Apple, 70% to the app owner is controversial. Spotify raised it as a point in its antitrust complaint against Apple, describing it as a tax that Apple Music isn’t forced to pay.

The 30/70% revenue split for the first year is the standard across the mobile industry. Google charges the same fee for apps on its Google Play Store.

Other streaming services like Sling TV and Hulu don’t allow in-app subscriptions. YouTube TV costs $54.99 to offset the cost of Apple’s fee, but it seems they’re done with the feature altogether. That should come as a bonus to current subscribers on iOS devices – at least you’ll be paying less for YouTube TV now.

It’s not surprising YouTube is moving this way – recurring revenue from subscriptions are how tech companies are supporting themselves. Google is under pressure to turn YouTube TV and YouTube Music into serious competitors to Apple and Spotify. Getting 100% of those subscription fees instead of sharing with Apple is one way to do that.

All of which suggests that YouTube Music is next to ditch the App Store.  But let’s see.