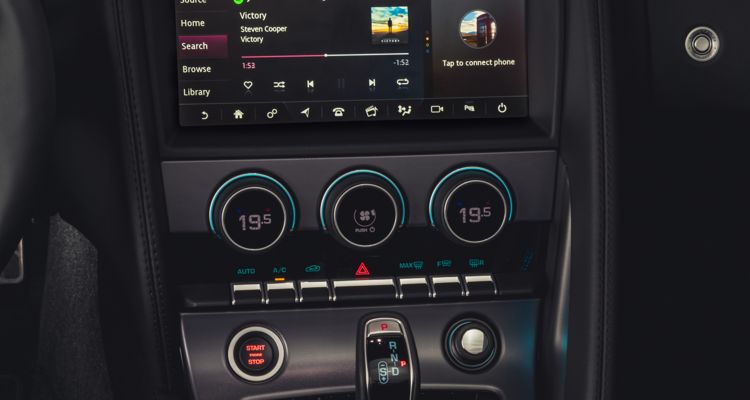 The new Jaguar F-TYPE will feature an embedded Spotify app in the dashboard infotainment center.

The new embedded Spotify app is also backward-compatible with all software-over-the-air models. Jaguar worked hand-in-hand with Spotify to create the embedded Spotify app. It allows Spotify Premium listeners to enjoy their favorite playlists without connecting their phones. It also supports Spotify Connect to allow seamless playback between home devices and the car.

While the announcement focuses on the new F-TYPE, all SOTA Jaguar models will get the new app.

Software-over-the-air functionality means customers can update their infotainment system without a dealer visit. The update can be installed using a micro-SIM card in the vehicle or using a Wi-Fi connection. The embedded Jaguar Spotify dashboard app is only available in the UK, US, France, Italy, Germany, and Spain for now. 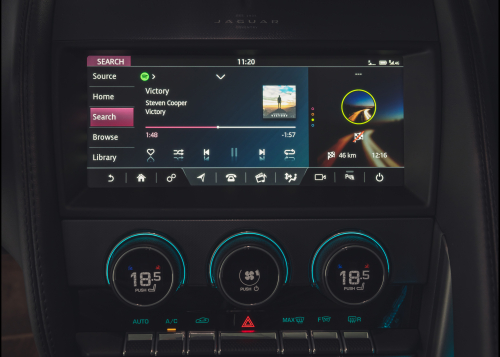 This is part of Spotify’s attempt to diversify its reach with hardware partnerships. Spotify partnered with Samsung back in 2018 to be the default music app on all Samsung devices. That’s been a very fruitful partnership for Spotify, who continues to lead Apple Music worldwide in paid subscriber numbers (though Apple recently passed Spotify on that metric in the US).

Spotify recently reported that it has 124 million premium subscribers and 271 million monthly active users. That figure has grown 11 million from 113 million at the end of September 2019. That change represents an average per-month subscriber growth rate of 3.66 million for Spotify.

While subscriber growth is up, thanks to a generous three-month free trial, average revenue per user is down.

“A significant portion of this ARPU decline was driven by the extension of the free trial period across our entire product suite in the quarter,” Spotify’s last financial statement reads. Despite the decline in ARPU, Spotify’s total quarterly revenue in Q4 2019 was up 24% year over year. Quarterly ad-supported revenue for Spotify also grew by 23% year-over-year, while overall losses ballooned.