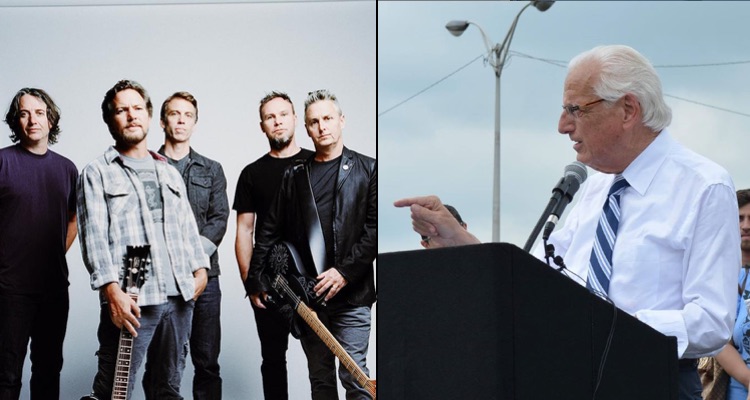 The BOSS Act is a Pascrell Jr.-sponsored bill that, if passed, will subject ticket distributors to a slew of regulations and requirements. But will those requirements actually help ticket buyers, or simply create more loopholes and even fresh profit opportunities for savvy scalpers?

In a statement sent to Digital Music News by Pascrell’s Capitol Hill office, the Representative fired back against Pearl Jam’s critique, while soundly ‘rejecting’ the group’s suggestions.

The New Jersey Democrat indicated that “millions of American fans” have been affected by “hidden fees, add-ons, and gimmicks created by the unregulated ticket monopolies,” which the BOSS Act would eliminate, per the cited response.

Furthermore, Representative Pascrell Jr. said that his bill is the “first comprehensive overhauling of this corrupt marketplace,” and that ticket purchasers’ suffering (financial and otherwise) has gone on for “long enough.”

The representative’s retort concluded with an acknowledgement that “Pearl Jam may know a thing or two about making great music,” and a reiteration that the band “has been led astray” when it comes to the BOSS Act.

Rep. Pascrell Jr. then offered to speak with Pearl Jam “about why Live Nation-Ticketmaster doesn’t care about their fans and wants to preserve a corrupt marketplace.”

“For decades now, millions of American fans who want nothing more than to enjoy a little entertainment for their buck have been victimized by the opaque live events marketplace,” Pascrell blasted. “Fans have been pinched, gouged, squeezed, soaked, and outright heisted by a seemingly endless litany of hidden fees, add-ons, and gimmicks created by the unregulated ticket monopolies who operate in the dark with impunity.

“My bill would be the first comprehensive overhauling of this corrupt marketplace. Music and sports fans have waited long enough for relief. Pearl Jam may know a thing or two about making great music, but they’ve been led astray about my legislation. I would be happy to speak with the band about why Live Nation-Ticketmaster doesn’t care about their fans and wants to preserve a corrupt marketplace.”

Notably, Representative Pascrell Jr. did not address one of Pearl Jam’s predominant problems with the BOSS Act: That it could aid scalpers by prohibiting non-transferable tickets, which are being sold by Pearl Jam (through Ticketmaster) for their upcoming Gigaton Tour.

Whereas Pearl Jam believes that this system benefits fans by making it more difficult for resellers to acquire tickets, Representative Pascrell Jr. evidently believes that its ban will make fans less beholden to ticketing companies.

Congressman Pascrell Jr., a former high school teacher, has served in the House of Representatives since 1998 and is set to face a challenger this November.