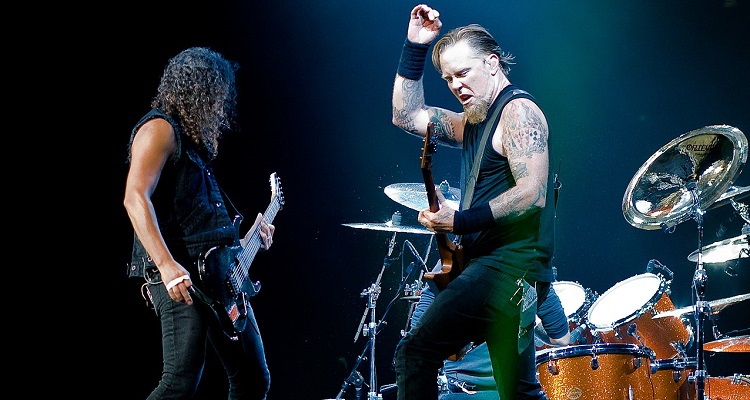 To provide frontman James Hetfield with additional time to proceed through rehab and recover, Metallica has canceled scheduled performances at the Sonic Temple Art and Music Festival and the Louder Than Life Festival.

In a statement addressed to the “Metallica family,” Hetfield regretfully informed fans of the news. The 57-year-old cited “critical recovery events” as the reason for the cancellations, before indicating that these components of the rehab process cannot be rescheduled.

Hetfield then apologized to fans, noted that he was prioritizing his mental health (and that he is making progress, recovery-wise), and stated that Metallica will be performing all other scheduled concerts. That includes three festivals organized by Danny Wimmer Presents: Epicenter (on May 1st and 3rd), Welcome to Rockville (on May 8th and 10th), and Aftershock (on October 9th and 11th).

Ticketholders will be able to request refunds and exchanges beginning on February 28th, at 10 AM in the east and 7 AM in the west. It’s unclear how long fans will have to get their money back or swap out their passes.

The Sonic Temple Art and Music Festival is scheduled to take place in Columbus, Ohio, between May 15th and 17th. Now, Tool and the Red Hot Chili Peppers will co-headline Sonic’s first and final days, while Slipknot will be featured on May 16th.

Louder Than Life is scheduled to go down between September 18th and September 20th, in Louisville, Kentucky. The festival’s headliners have not been specified, though an announcement is expected in the near future.

Last year, shortly before beginning an Oceania tour, Metallica postponed all concert dates and revealed that Hetfield had entered rehab after 15 years of sobriety. Hetfield received much support from fans and fellow artists, including Black Sabbath’s Tony Iommi.