Empowering Artists to Connect With Their Fans: How a Digital Agency Transformed Itself Into an Advertising Platform 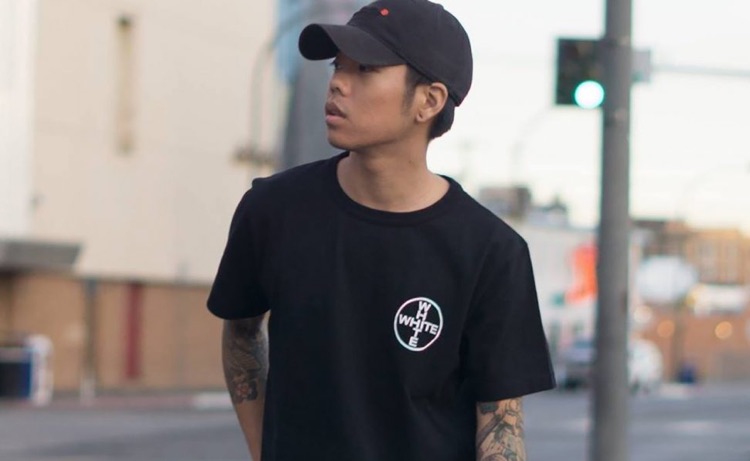 In late 2018, electronic artist GRAVES was booking his first U.S. headlining tour in support of his sophomore EP, Far From Here.

He wanted to ensure strong ticket sales for his 14-date tour, and he knew that social media alone wouldn’t be enough. So GRAVES and his team used the digital advertising platform found.ee to leverage marketing messages around his EP release and build a rich audience of fans. Whenever he shared new content, found.ee captured every click, and by the time that he was ready to announce his tour dates, he had amassed a massive audience of engaged fans for remarketing. Thanks to this strategic campaign, GRAVES sold out every single date of his tour.

Filling a Technological Gap In The Industry

Interestingly, the technology that found.ee uses to help artists like GRAVES promote their releases and tours didn’t exist for the music industry a decade ago. In 2011, when Jason Hobbs established the platform’s parent company, The Found Group, it was the very first agency to meet the specific needs of artists and labels. The team introduced strategic remarketing, data capture, and audience-building tools to an industry that had been overlooked for years.

By 2013, social media had become a standard marketing tool, and streaming was much more prevalent. The Found Group’s clients—and the industry overall—were growing increasingly frustrated with how popular streaming and social media platforms held on to audience data, and dictated how artists could connect with their fans. As a response, the agency launched found.ee as a way to democratize data collection across all platforms, and empower artists to control how they connected with their fans. Found.ee also made it affordable and intuitive for labels, managers, and artists at any stage in their career to run the same targeted campaigns and data collection that The Found Group had revolutionized for its clients.

In 2012, the multitalented producer and rapper Flying Lotus and his label Warp Records enlisted The Found Group to promote his fourth studio album, Until the Quiet Comes. FlyLo and his team wanted to build excitement around his forthcoming release in a unique way, while also creating a remarketing audience to capture this excitement. The agency and Warp collaborated and came up with the idea of setting up a series of landing pages to create a story arc—offering new creatives and content for each stage of the campaign. Remarketing audiences were then built from the data captured from page visits. At the time, this was a painstaking, manual process. But it paid off: Until the Quiet Comes sold 70% more than FlyLo’s previous effort, and peaked at No. 7 on the Billboard Independent Albums chart.

When found.ee launched a year later, one of the first features that the platform offered was a landing page generator, thanks to the success of FlyLo’s campaign. The Landing Pages feature made it possible to create customized pages for each phase of the buying funnel, while also automatically building audiences and capturing data.

In late 2013, singer-songwriter St. Vincent was gearing up to release her self-titled album. Though the artist already had a massive following on social media, there needed to be a more effective way to reach prospective and existing fans that were watching her music videos, reading interviews, or checking out pre-orders. And so the team at The Found Group invented Remarketing Shortlinks, making it possible to collect audiences for remarketing with every click of a link. When St. Vincent was released in February of 2014, it doubled the previous album’s sales. Today, Shortlinks are still an integral part of the found.ee platform.

Building a Powerful Audience From a Premiere

Launching a song or video premiere with a top music outlet is one of the best ways to build excitement around a new album. It’s also an excellent chance to collect a remarketing audience, as singer-songwriter Zola Jesus learned. When her publicist confirmed a track premiere with The Fader to promote 2014’s Taiga, her team looked to found.ee to find a way to capitalize on the publicity and turn readers into fans. Luckily, found.ee Embeds had just been beta launched—turning any streaming widget into a powerful data capture tool.

The Fader premiered the track, and Pitchfork shared it soon after. Found.ee captured over 100,000 fans, and segmented them by the outlet where they streamed the song. When it was time to promote Taiga, each audience received tailored ads—one featuring a pull quote from The Fader, and the other from Pitchfork. This process resulted in astounding engagements, making it possible to bring those audiences further into the album campaign at a much lower cost.

Creating Messaging That Resonates With Fans

Back when The Found Group was working on Flying Lotus’ Until the Quiet Comes campaign, they also wanted to ensure that they were getting the most effective use of the label’s budget when it came to banner ads. There’s only a fraction of a second to catch the attention of fans and offer a compelling story. But determining which story will resonate best with fans is the challenging part—will they want to read five-star reviews or will they be intrigued by guest artists? Multivariate testing is the best way to find out. The agency’s team manually implemented a variety of creative banner tests to refine the messaging. Thanks to these tests, the final ads proved effective and increased album sales. Multivariate Testing Automation was implemented on found.ee in 2015.

Now, users can take advantage of the platform’s powerful auto-optimization, which ensures that fans are getting served the right messages at the right time. Found.ee also makes it possible to buy targeted ad placements on premium music sites with any budget, and no minimum spend, at 85% lower costs, on average. The combination of affordable rates plus effective optimization ensures that users are getting the best value for their ad spend and getting the right message on the right platform. Some labels even do this kind of testing before purchasing physical billboards.

Segmenting Audiences Based on Consumption Habits

When Marilyn Manson was promoting his album, The Pale Emperor, his team was taking full advantage of found.ee’s Landing Pages, Embeds, and Shortlinks throughout the campaign. But they noticed something interesting: in a world where streaming ruled, Manson’s fans seemed to have a higher propensity to purchase his album, which was available in various physical and digital formats. His team looked to found .ee’s team to see if there could be a way to focus their messaging to fans, explicitly based on their consumption habits.

So found.ee’s team went to work, manually segmenting Manson’s audiences not only by their consuming habits but also by their platform of choice. It was a painstaking process to analyze the data of millions of fans, but it proved to be an incredibly useful tool: the label used the audience data collected during The Pale Emperor campaign to run highly targeted ads, driving fans with a high propensity to convert into their specific store offering and streaming platforms of choice. As a result, the sales and consumption out-performed all goals. Today, found.ee’s Audiences feature automatically segments potential buyers based on their consumption behavior, making it easy to send targeted messages to fans—whether they have a higher propensity to stream the album on a particular platform or order it on vinyl.

In 2016 the Audience Sharing and Monetization Marketplace debuted to meet clients’ growing interest in branded partnerships. This tool has appealed to big brands like Powerade, who want to leverage vertically-aligned audience sharing between artists and promoters.

Remarketing to Audiences on Spotify

When Sublime with Rome engaged The Found Group in 2013 to boost ticket sales for an upcoming tour, it took an entire agency to run a campaign that combined Spotify Audio Ads with remarketing. Their work not only drove an additional 20,000 ticket sales but it also inspired one of found .ee’s newest features: Spotify Audio Remarketing. It stands as the first-ever audio remarketing technology to work within the popular streaming platform. Today, what took the team weeks of work to do now only requires a matter of minutes.

One of the best ways to catch the attention of fans is with actual streaming music. So found.ee launched HTML5 Ad Builder, which lets users embed songs and videos from any streaming platform into banner ads. These interactive ads perform far better (3-8x higher engagement) than traditional banners and Facebook ads, while the user experience is also far superior—leading to more music discovery with fewer clicks.

The HTML5 Ads lets you turn any embeddable content into an ad – even from platforms with no ad network. For example, over the past few years, many of found .ee’s clients have asked about getting audio from Apple Music in front of fans, as there is no advertising network within the massively popular platform. Now users can embed an Apple Streaming Player in an ad and serve it directly to their Apple Audience.

Additionally, offering rich media directly in the ad removes the barrier for fans to hear music. Loma Vista Recordings wanted to connect Chester Bennington’s fans to unreleased music from his pre-Linkin Park band, Grey Daze, and let them hear his voice immediately in the ad that contains a playable Apple Streaming Player. Management company Friends at Work wanted to give listeners a taste of John Legend’s newest single, “Conversations In The Dark” and accomplished this placing a Spotify Audio Player Ad directly on premium R&B sites including Complex.

Today, nearly 4,500 music companies around the world use found.ee. Its technology continues to evolve along with clients’ needs, as well as with the changing tides of the industry. But found.ee’s team welcomes every challenge as an opportunity for growth—because with every new feature comes a new way to empower artists to cultivate a relationship with their greatest asset: their fans.