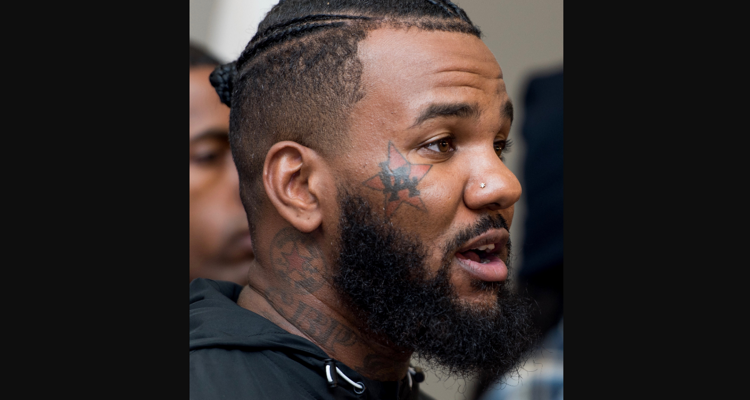 Rapper The Game has some tough words of advice for young rappers looking to break into the music industry.

For starters, The Game says young talent should avoid signing “slave deals” with record labels. The outspoken rapper took to Twitter in a long-winded rant against music labels and the industry in general.

“The labels sign young artists to slave deals, and their only concern is how they can use you to make more money,” the rapper said. “They don’t even advertise or market you no more; they let you do it yourself on IG while they sit back, steal, and wait for the next you,” he finished.

Young rappers should “stay independent” and own their masters, according to The Game.

“Do the work yourself, and the payoff will be worth it. Almost 20 years in music and not once did anyone tell me this. Shit, I’m still waiting on them to tell YOU,” he blasted.

He also seemed to rail against music streaming in general. In another tweet, he argued that the internet brainwashes people into believing “wack-ass music” is worth hearing. He doesn’t drop any hints about who he’s referring to in the tweet. Fans speculate the new age of SoundCloud rappers might be one target.

It’s an interesting position to hold, considering the message he’s conveying. He says young rappers should stay independent and own their masters in one tweet. Then he follows that by saying the internet helps anyone distribute “wack ass” music that people are being brainwashed into liking.  There’s also the inconvenient fact that The Game himself was created by the major label system — it’s unclear if we’d even know The Game’s name without some major marketing budgets and campaigns.

The internet has also helped music discovery immensely – Justin Bieber, Nicki Minaj, and The Weeknd all owe their starts to internet discovery. Algorithms don’t drive music tastes, or do they? The jury is still out on how algorithms can influence music tastes, but it’s a far cry from being ‘brainwashed’ into liking a song or album from an artist.