Garth Brooks Wears a ‘Sanders 20’ Jersey at His Detroit Show 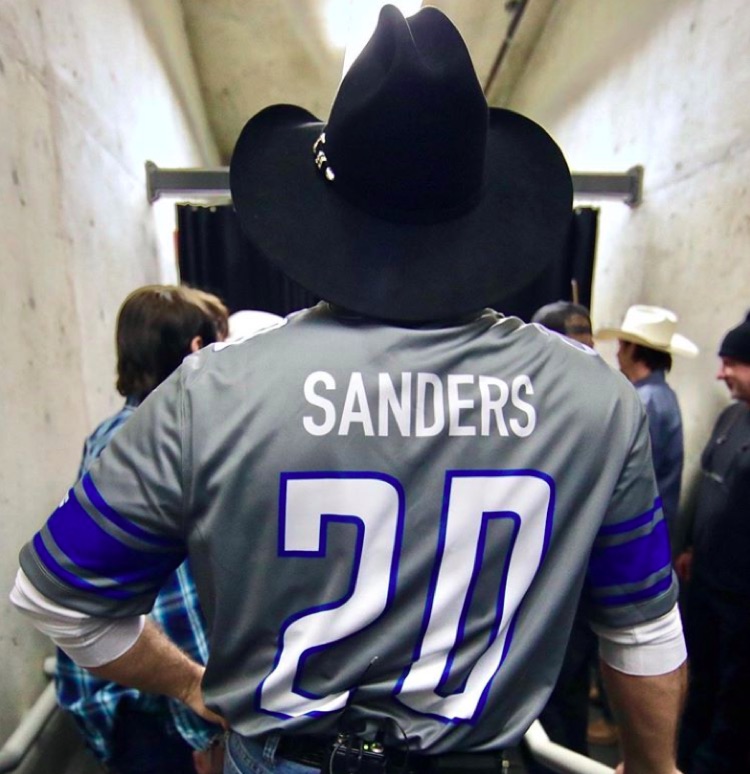 With the 2020 presidential election rapidly approaching and the highly competitive Democratic primary race raging on, it can be stated with confidence that the political stakes — and the friction amongst both voters and candidates — will continue to grow in the coming months.

The drama unfolded after Brooks uploaded an Instagram photo of himself wearing a number 20 jersey with the name “Sanders” across its top. While many understood the image to be an endorsement of Vermont Senator Bernie Sanders, the jersey was actually a tribute to hall of fame Detroit Lions running back Barry Sanders, who played for the team between 1989 and 1998. Brooks, an Oklahoma native, decided to dawn the jersey while he performed in Motown.

In response to an outpouring of (chiefly angry) messages, the 51-year-old Barry Sanders took to Twitter to ask Brooks if he would like to be his vice-presidential running mate. Garth Brooks—whose solo album sales are the highest in U.S. history, with 148 million sold records, and are second overall only to The Beatles — responded with a similarly friendly message, saying that he would “run any race” with Barry.

It should be noted that Garth Brooks reportedly turned down an offer to play Donald Trump’s Inauguration.

Bernie Sanders has been the target of ample criticism as of late, presumably because he’s emerged as a favorite to secure his party’s nomination. During this week’s heated South Carolina Democratic debate, Michael Bloomberg claimed that Russia was aiding the Sanders campaign (an unsubstantiated allegation), Pete Buttigieg said that Sanders has “a nostalgia for the revolutionary politics of the 1960s,” and former vice president Joe Biden condemned Sanders’s voting record on arms control.

Despite all this, Sanders is still ahead in most nomination polls. However, Joe Biden is widely expected to emerge victorious in South Carolina’s primary vote, which will take place tomorrow; in many ways, his campaign hinges on a win.