Spotify Is Bringing a New ‘Wordless’ Icon-Heavy Interface to iOS 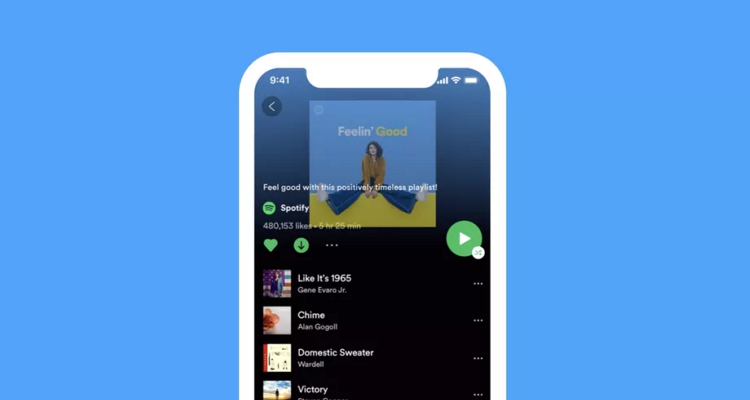 A new Spotify redesign is headed to the iOS app – dropping all the words.

The changes prioritize universal icons and visual indicators over words. Spotify says the change makes the Spotify experience more accessible across the globe.

One of the most significant changes is removing the “shuffle play” button that appears on artist and playlist pages. Now that button is green with the play and shuffles icons. Other familiar icons have been reorganized for this Spotify redesign.

There’s also a new icon for listening without a Wi-Fi connection. Spotify says the latest changes to the app should make it easier to navigate one-handed. Yet music discoverability still suffers.

Tapping on an artist still only shows the top five most popular songs. Competing services like YouTube Music and Apple Music make it easy to browse their music. While making the app more accessible for the rest of the world is a noble (if profit-driven) goal, Spotify has bigger fish to fry.

The lack of focus on just how terrible the Spotify app is to use compared to competing music services is just abysmal. As for Android users, as usual, you can expect this Spotify redesign to be ‘coming soon.’ Some of these changes also make less sense to power users of the app.

The search bar for playlists used to be easily accessible. Now it’s moved to a menu under an option called “Find in Playlist.” Now instead of a single tap to find the song you want, you have to rummage through a menu.

Spotify often removes or changes features – but the update gap between iOS and Android is terrible. Can we please have an app that is easy to navigate and not an eyesore, Spotify? You’ve got millions of paying subscribers, yet the app is one of the worst experiences for users.