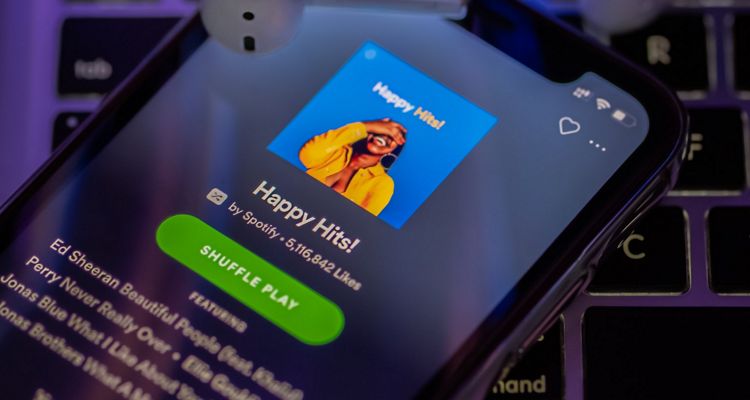 The command would allow users to request specific songs, a playlist, an album, or an artist with their voice. The move is likely a result of Apple loosening restrictions on its digital voice assistant, Siri. Now third-party apps can integrate with Siri to play music. Apple could be considering allowing third-party apps as the default music player on iOS devices, too.

Hey, Spotify is the command as referenced in the latest app update, which was reverse-engineered.

Spotify will listen for a Hey Spotify command when the app is open or on your screen. That means the command will only work if you already have the app open. Aside from driving, I’m not sure many people use voice controls with the app already open.

Another possibility is that Spotify is working on its own competing hardware. The audio streaming company is an oddity in the music streaming industry. It’s one of the only major tech companies that doesn’t have any equipment to push – instead, Spotify relies on hardware partnerships.

About a year ago, we heard rumors that Spotify was working on a voice-activated in-car player. That new product may release this year – if supply chains aren’t interrupted by the coronavirus.

The Hey Spotify voice command makes sense in the context of a vehicle device. Amazon already has something similar, called Echo Auto, bringing Alexa to the vehicle. Spotify’s car speaker will sync to car stereos via a Bluetooth connection. You can also configure preset buttons with Spotify playlists – kind of like radio presets.

Starting with the vehicle is a good bet for Spotify, and it means SiriusXM should be worried. Spotify is hoping its car speaker may attract new subscribers who spend lots of time commuting and listening to music and podcasts.