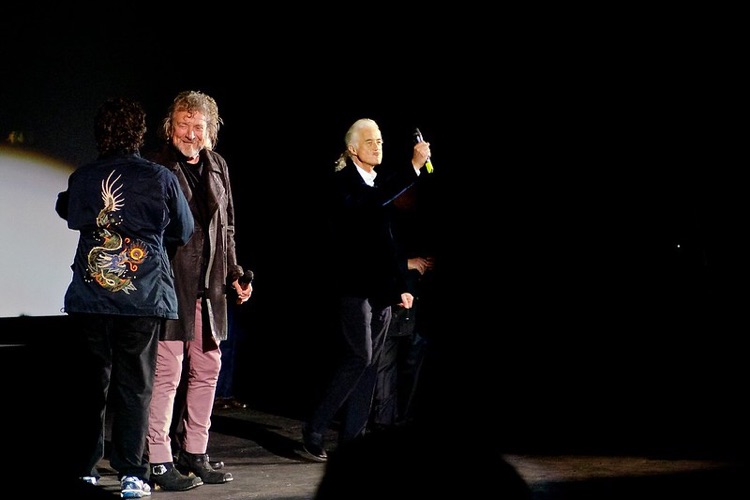 The copyright infringement lawsuit against Led Zeppelin was first filed years ago by surviving heirs of classic rock back Spirit, whose song ‘Taurus’ bears considerable resemblance to portions of ‘Stairway to Heaven’. Just this morning, the 9th Circuit Court of Appeals upheld an earlier jury verdict that found the song to be non-infringing.

The point of contention in this lawsuit was the iconic opening riff to ‘Stairway to Heaven,’ known worldwide for decades.  But that progression — despite its revered status — isn’t actually that complex musically.  Boiling it down, the copyright infringement lawsuit essentially focused on a sequence that is found in numerous other songs.  “We have never extended copyright protection to just a few notes,” the court noted in its opinion. “Instead we have held that ‘a four-note sequence common in the music field’ is not the copyrightable expression in a song.”

“The trial and appeal process has been a long climb up the ‘Stairway to Heaven,'” the decision concluded. “The parties and their counsel have acquitted themselves well in presenting complicated questions of copyright law. We affirm the judgment that Led Zeppelin’s ‘Stairway to Heaven’ did not infringe Spirit’s ‘Taurus’.”

Since the lawsuit was filed, the riff has actually been found in numerous songs. That includes a baroque string piece by composer Giovanni Battista Granata.

The decision follows an aggressive appeal by the surviving heirs of Randy California, who penned the song decades ago.

It’s worth noting that California himself never had a problem with the similarities, and never claimed copyright infringement (at least in public). Instead, the lawsuit was spearheaded by the late musician’s descendants, which raised howls of predatory copyright abuse.

The jury ruling in Led Zeppelin’s favor was issued in 2016, though the 9th Circuit agreed to review the matter in 2018 after issues arose relating to jury instructions.  In that period, the industry itself has been embroiled in a number of high-profile copyright lawsuits, in particular those involving the Marvin Gaye Estate (against Pharrell and Robin Thicke and their Gaye-inspired “Blurred Lines”) and a highly-contested outcome involving Katy Perry and obscure Christian Rapper Flame (over the track “Dark Horse”).

Both cases have been decried as travesties of justice by large pockets of the industry.  And both are actually still ongoing.  Earlier this year, attorneys for Katy Perry vowed to appeal the “Dark Horse” verdict, which topped $2.8 million in damages.  And despite a crushing defeat against the Marvin Gaye Estate, Pharrell is actually getting dragged back into court over potentially incriminating comments he made to GQ.

The 9th Circuit opinion also carried an interesting comment on “access,” which has become a critical metric in copyright infringement lawsuits. Specifically, the court’s decision noted that access is now incredibly diluted, thanks to the presence of innumerable streaming platforms and ubiquitous content. That could make it harder for plaintiffs to prove that a defendant was exposed to a work in question, simply because it existed on the internet or some public forum.