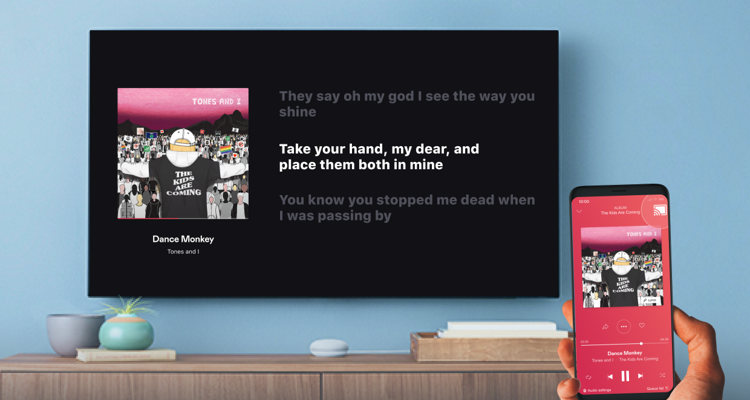 The feature is available to all Deezer users, both free and paid. Real-time lyrics are something music streaming services typically lock behind a subscription.

Deezer hopes bringing lyrics to the big screen will set it apart from rival streaming services. The feature works will all Google Cast compatible devices – including TVs with built-in Chromecast.

“Music listening has become a multi-device experience. One day you’re in the mood for lyrics on the big screen; the next, you’re playing music on loudspeakers. Now, with Chromecast, it’s not an either-or situation,” Deezer’s Chief Product and Growth Officer, Stefan Tweraser said in a press release.

Lyrics on Cast for free subscribers who use iOS will be available in the coming weeks. It marks one of the few times that a music streaming service has prioritized its Android customers over iOS.

It’s a novel approach, but one that is easy to mimic. Both Google Play Music and YouTube Music support Google Chromecast devices out of the box.

In 2018, Amazon launched a competitor to Chromecast called Alexa Cast. All of its Echo devices support that format, which can be hacked to support Chromecast. Google and Amazon’s long-held grudge stops Amazon Music from supporting Chromecast outright.

How to Chromecast Lyrics Using Deezer

It’s an interesting move for Deezer to offer the feature to free users. The French-based streaming company is likely hoping it will give its free service an edge over competitors.