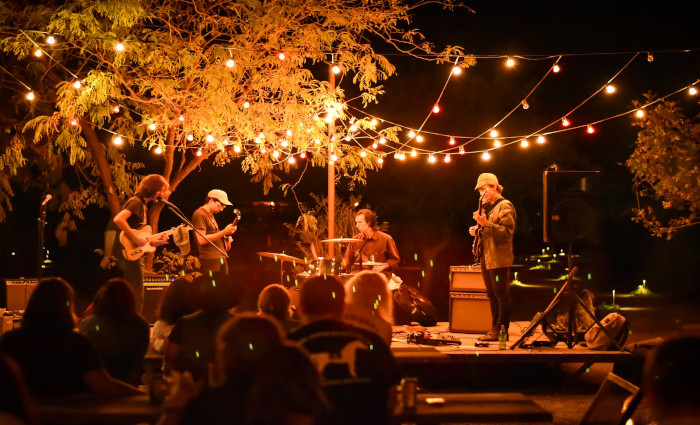 Ray Hair, the international president of the American Federation of Musicians of the United States and Canada (AFM), is calling on the U.S. government to provide relief funds to gig-economy artists.

In a statement, President Ray Hair acknowledged that emergency declarations across the United States and Canada have dramatically hindered the earning potential of artists and other entertainment-industry professionals. Moreover, while Hair didn’t deny the gravity of the coronavirus (COVID-19) pandemic or dispute the steps taken to curb the infection’s spread, he did emphasize that the measures “have inflicted disastrous economic effects upon performers.”

Hair then urged Congress, in coordination with state and local governments, to bear in mind the economic plight of gig workers during the aid-distribution process. Last week, President Trump declared a state of emergency in response to the coronavirus pandemic, thereby freeing up somewhere in the ballpark of $50 billion for relief purposes. These funds are in addition to the $8.3 billion spending bill that Congress and the president previously agreed upon.

Ray Hair closed his statement with a reminder that members of government “should pay particular attention to those who work and perform in the entertainment industry” when disbursing relief, as they “are bearing the financial brunt of these shutdowns the most.”

Across the United States and Canada, limits on the size of public gatherings are making it increasingly difficult for artists to perform.

The State of California has recommended that events involve no more than 250 people, as have Ontario officials.

Similar guidelines have emerged in other states and provinces as well; Ohio, for instance, has banned groups in excess of 100 members from assembling in public. Additionally, many cities and states have closed bars, restaurants, and other establishments wherein gig artists often perform.

Also worth noting is that Live Nation and AEG Presents, two of today’s foremost concert promoters, have indefinitely postponed each of their upcoming shows — including AEG’s Coachella and Stagecoach, which are now set to take place in October.

AFM, the largest musicians’ union in the world, boasts approximately 80,000 members in the U.S. and Canada. So far, preliminary conversations about the emergency-declaration funds have chiefly centered on COVID-19 testing, prevention, and medical care.